Book Review: We Were Liars 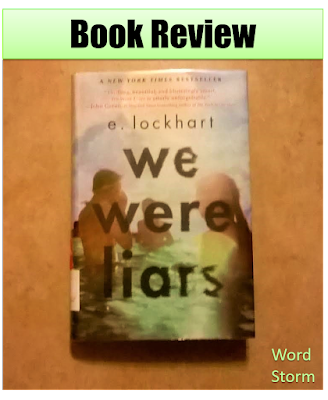 Book: We Were Liars by E. Lockhart

What an odd word to describe a book with the word Liars in the title, right? How could a book like that possibly be truthful? Allow me to explain: fiction can show truth through narrative, even made up narrative. Even though in the final pages of the book, readers may or may not be given the truth, this story reveals some truths about life, love, and yes, even truth itself.

Even after I first read the premise, this book somehow never made it to my TBR list. But I checked it out from my library anyway. It surprised me. I didn’t expect much from it, but wow, I’m impressed. I don’t usually read contemporary fiction, and the sophisticated nature of the family originally made me think I wouldn’t like the characters any more than I liked those in The Great Gatsby.

But I was wrong. The characters were rather interesting, and they felt like real people. In some ways I could relate with Cadence. I may not come from a rich and sophisticated family, but I’ve been blessed with the places I’ve been. But in other ways I couldn’t. She suffers from amnesia and intense migraines, which makes her more sympathetic and more real.

Another aspect I like about this book were all the literary references, which gave the story more depth and helped me understand the characters more. The most memorable reference is Gat’s comparison to Heathcliff, and while I didn’t particularly enjoy Wuthering Heights, and the reference doesn’t fit in some ways, it does in others.

As for the ending, well, I can say I didn’t see it coming. But I spent most of my time enjoying the book and not trying to piece it all together.

I gave this book 4/5 stars because it made me reflect on my own life but it wasn’t long enough (which was in another way, a blessing because that meant I had time to finish it). The writing style was also a little jarring at first, but it became more clear as the book progressed, and fit in with Cady. I’d recommend this book to anybody who enjoys YA or contemporary fiction.

Let’s chat! Has We Were Liars made it to your to TBR (To Be Read) List yet? If you’ve read it already, what did you think? Which contemporary YA fiction books would you recommend?
Posted by Azelyn Klein at 10:00 AM No comments:

Larger than Walls: A Reflection on the Holocaust

Goodness, I don’t even want to imagine. 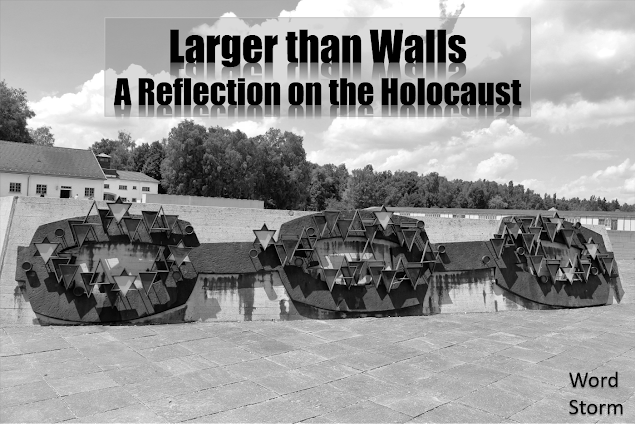 I just want to close my eyes and pretend it never happened. I want to live in a world where people don’t hate, torture, and kill without reason. But there are days where I have to open my eyes and admit it happened. The Holocaust happened. The day we start denying its very existence is the day we are in danger of it happening again. As Elie Wiesel (author of Night) wrote, “To forget the dead would be akin to killing them a second time.”

Visiting Dachau was perhaps one of the most surreal, sobering experiences. It’s a reminder that the concentration camps that I’ve only read about in history books or seen clips of in movies are real. Dachau may not be one of the larger concentration camps infamous for its atrocities, but that doesn’t mean inhumane treatment didn’t happen.

The Holocaust impacted the world in many ways. Some men, like Wiesel, lost their faith. Others, like Corrie ten Boom (author of The Hiding Place), had it shaken but also had the opportunity to share it. Today we live in a world where the scars are still there, evident from the bomb craters in Point du Hoc, France, to concentration camps like Dachau, Germany. Even injustice, cruelty, and wars still exist.

From fiction to nonfiction, films to books, WWII stories have captured audiences with stories of horror and courage, atrocities and humanity, hatred and love. While I believe it is important today to protect our mental well-being without overexposure to the horrors of death, it’s important to remember the people who suffered and the reasons others hated.

In the telling of stories, the treating of every human being with dignity and love, and remembering the past, we can share the grace of God that many have tried to destroy for centuries. And it’s like ten Boom also writes in her book, “Love is larger than the walls which shut it in.” 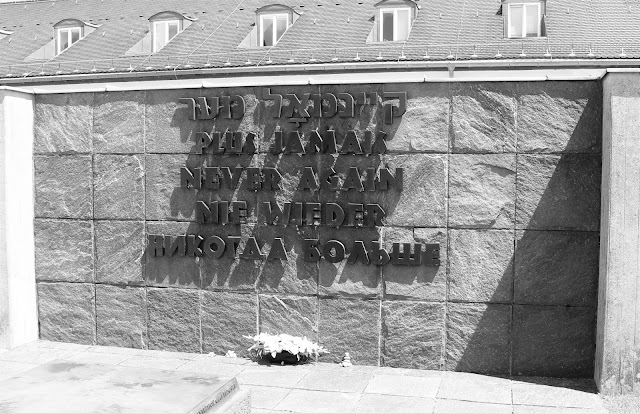 I highly recommend her book to Christians and non-Christians alike, as a testimony of a holocaust survivor. During one of our visits to Dachau, my dad, Colonel Michael Klein, told me that one of the reasons he joined the military was to help prevent something like that from ever happening again. Although I’m not in the military and may never minister to people in the same way he has or share the truths of a survivor, I read to remember and I write in the hopes that others might do the same.

Have you ever visited any of the WWII memorials? What is the most memorable WWII story for you? What can you do to remember?

Some Notes on the Three Days of Summer: A Poem

For many people the weather is just a menial form of small talk, but I find it fascinating. I relish the feel of rain dripping down my face and soaking my hair (unless I have someplace important to be), and I cherish each moment of blessed sunshine warming my entire body. I mean, come on, the very name Word Storm should tell you something about my inclination towards weather, particularly in its extremes.

If there’s one thing the English like to talk about, it’s the weather. Having spent nearly a year studying abroad in England, I’ve experienced plenty of England’s internationally-acclaimed horrid weather. But come on, it’s not that bad, right? A little rain never hurt anybody. But, as Alan Parish (Jumanji) reminds everybody, “Yeah, but a lot can kill you!” Well, as you can see, I’m not dead yet. Key word: yet.

Besides, England is not the only place known for weird weather. Washington State gets rain year-round so that when the sun comes out, locals refer to it as a “sun break.” Missouri has a claim on having bipolar weather. In other words, residents experience four seasons in one week. I kid you not, I got sunburned in January because I was wearing a tank top and had the sunroof down. Then it snowed. So England may not be the only place on earth with odd weather, but it certainly has some.

One of the most recent examples of English weather I’ve experienced was the brief-lived summer. Being so far north, instead of hot summer days, England gets—you guessed it—rain. But there are times when the sun comes out from behind the clouds. This phenomenon is often referred to as the “three day of summer”. (Never mind that we had a full week of glorious sunshine and that random day in February.) And that’s what this poem is about really—weather. Well, that and bugs and people and bike rides and tea. Lots and lots of tea. 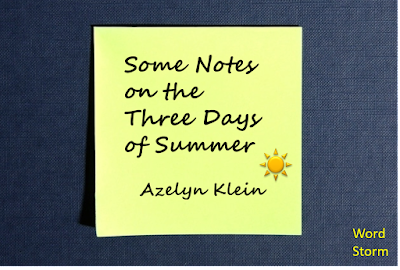 Some Notes on the Three Days of Summer


England is like a sleepy giant, hitting the snooze button again
while the rest of the world is waking from winter.
Just five more days, and suddenly it’s spring,
everywhere it’s green like the nation finally shook itself awake
and downed a cup of Earl gray. It’s a dour May,
but the daisies are alive and doleful, dancing beneath a cloud-streaked sunset.


Suddenly it’s summer—the perfect warm weather to get outside.
I’ve been sunburned in England of all places. #Lifegoals
I should not be punished for actually leaving the flat.


Where did all these people come from?
Who knew so many resided in the city?
They’re like cockroaches—fair weather friends—
and summertime has disturbed their peaceful rock.

My flat mates call it hot, but my skin knows the difference
between this English sun and an Italian one.
This mild sweat is nothing compared to the blistering heat of the south.
A warm breeze tickles the hair on my bare arms,
and the oak’s shade offers a cool solace.

The only clouds now are the bugs by the river,
thick as thieves. The blasted bugs are pelting my face
as I cycle through them. Help. I’ve inhaled a gnat.
The thing is tickling my sinuses with its tiny little legs.
Getitout-getitout-getitout!

The other day, I sauntered into a café
to meet a girl for afternoon coffee and cake.
Before the sun sank another even’, I curled up on a couch,
a cup of tea in my hands, amongst friends on a movie night.
Finally—finally—I’m not alone.
But why is it people decide to wave hello
just as I’m breaths away from smelling the fresh black ink of my itinerary?

I don’t miss the winter. My spirits soar
as the days stretch before me like a cat before a sunshiny window,
like a dog sprawled out in the flood of light—the ray of death.

Let’s chat! What’s your favorite type of tea? Do you think your hometown has the weirdest weather? If so, why?
Posted by Azelyn Klein at 10:00 AM No comments: