When I was in school, I told myself I was never going to become a teacher. I had several motivations, but the main one was that someone once said when they became a teacher, they didn’t have the energy to write. Ouch. Why would I want to do a job if it meant giving up writing?

Over the last couple of years, I’ve changed jobs, schedules, number of projects, you name it. Usually, I tend to write about two novels a year. Whether I stick with that project or not is another matter entirely. Lately, though, I have two projects in the editing phase, another I just finished writing, and a fourth one that I’m outlining.

Four whole works in progress. So many! 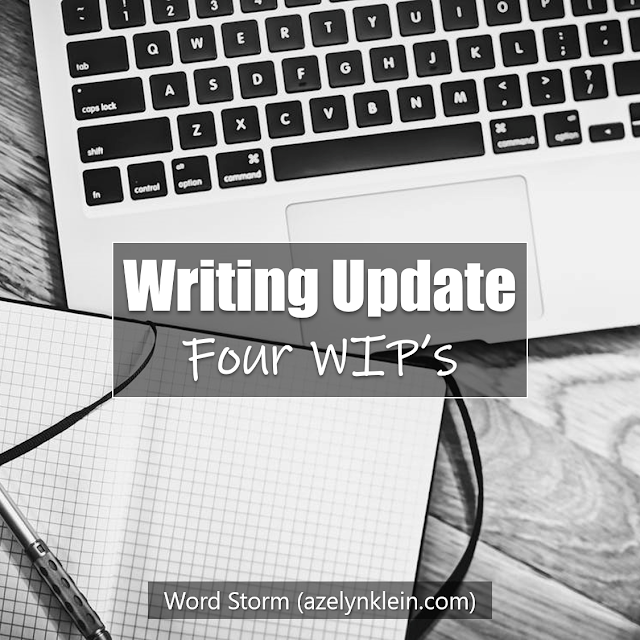 Novel 1: Edge of the Solar System

Cory Bailey is used to working alone. When the Interspecies Investigation, a cross-cultural agency, offers her a position as a linguist, she jumps at the chance to work in her field, even if it takes her halfway across the Solar System. Now she has to figure out how to work as a member of a team if she’s to survive. But meeting with the Tchotovoroc, an alien species resident to the colony outside Neptune, isn’t quite what she expects, and the greatest threat may just be the humans closer to home.

Oooooh! I’m so excited to share this one with you guys! I’ve gotten some feedback from my critique partners and soon I’ll be looking for beta readers and sensitivity readers. Then it’s off to querying literary agents.

Astor Foster doesn’t plan on making any new friends during her last year in Germany. Not since her best friend moved back to the States last December, and not when she is going to move soon. Nobody is more surprised than she is when a family outing leads her to hang out with a girl at the local pool. But there’s more to her new friend than her strange name—Sturm. There’s also her ability to breathe underwater, and Astor wants to know how.

I had a hard time settling on the plot for this story, but once I turned it into a novel in verse, it really took form. I just need to find some more critique partners… It’s a trickier to find people who are willing to read a novel in verse.

I started using Campfire Writing to outline my books, and had a lot of fun developing the story even before the writing process. I just finished the rough draft. Like any first draft, it’s a mess, but that’s a good thing. I’ve got plenty to work with, and I get the feeling I’ll enjoy rewriting it come summer.

I’ve been experimenting with style a lot lately, and it’s been lots of fun!

It’s a little early for me to share much about this one because it’s so new. Even if I were to tell you about it, that info would likely change by the time I get around to writing it. I’ll just say it’s a fantasy.

Because I’m working on so many books, I’ve decided to step back from my blog for a while, posting once a month instead of once a week. I haven’t yet decided whether I’m going to share poems or book-related posts. Maybe a bit of both. We shall see.

Until next time, happy reading!

Let’s chat! Fellow writers, what kind of projects are you working on? What’s your favorite genre to write? Do you have a preferred writing style?

Similar posts: Campfire Writing, Writing Update: To Sequel or Not to Sequel?, and My Latest Writing Desk

“There is something about poetry
being nonfiction
but not factual.
“The most intimate personal thoughts
—things people would never dream
of saying out loud in middle school—
right there on the page in black and white.”

I really enjoy novels in verse, and this one hit at just the right time. Last year, I attended a novel in verse writing session by Megan E. Freeman. I even turned one of my own stories into a novel in verse. After hearing about her story, I eagerly awaited reading it. I suggested my library purchase a copy a while back, so I was first in line for checking it out. Freeman did not disappoint! 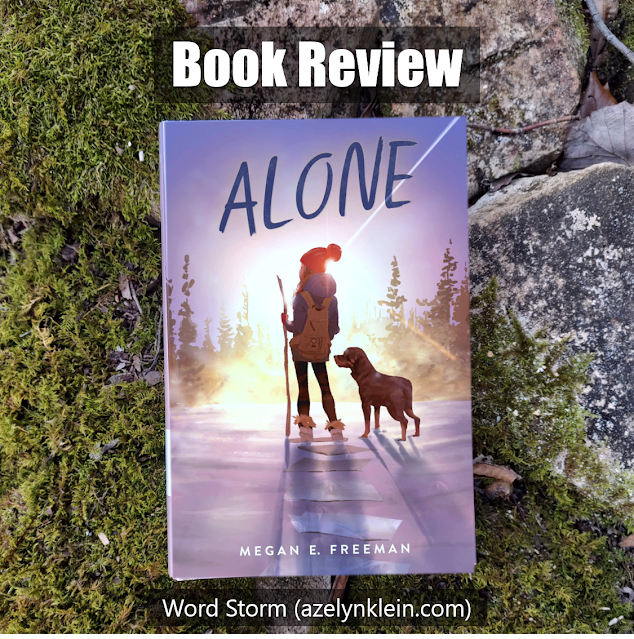 I’ve always enjoyed survival stories. This one feels like a mix of a survival story with a smidge of dystopia. An entire city becomes devoid of people, and young Maddie is left by herself, until she adopts the neighbor’s dog. Usually, I’m not a big fan of dystopian stories, but maybe my taste is changing. Either way, I really enjoyed the overarching survival elements, from Maddie’s storing up wood for the winter to finding food and water.

Of course, one can’t forget the poetry in regards to this story. Like a good novel in verse, it’s not too heavy on the metaphors, but the imagery is enough to be compelling, allowing a perfect comparison between the beauty and harsh realities of nature.

Another element that I enjoyed was the coming-of-age element. Maddie becomes a teenager all on her own. As time passes, she makes long-term plans, often speculating whether it’s better to stay put or move on.

In all, I gave Alone 4.5/5 stars, rounding up to 5 for a compelling story, enchanting descriptions, and interesting themes. I’d recommend it to anybody interested in survival stories and/or poetry. Now if you’ll excuse me, I have to go buy a copy.

Interested in the book? Have you read it yet? You might also enjoy these novels in verse: Audacity by Melanie Crowder, Somewhere Among by Annie Donwerth-Chikamatsu, Full Cicada Moon by Marilyn Hilton, and Inside Out & Back Again by Thanhha Lai

Let’s chat! Have you read Alone yet, or has it made it to your TBR? What are your thoughts on poetry? Do you have any favorite novels in verse?