“I didn’t exactly fit in Korea or America. I had become Korean American. And that was okay with me.”

Wow, do I relate with that or what?

I’ve been reading a lot of really good books lately, and I just couldn’t wait to share some of them with you! I like to post even more of my reviews on Goodreads, so if you’re looking for more book recommendations, feel free to check them out. 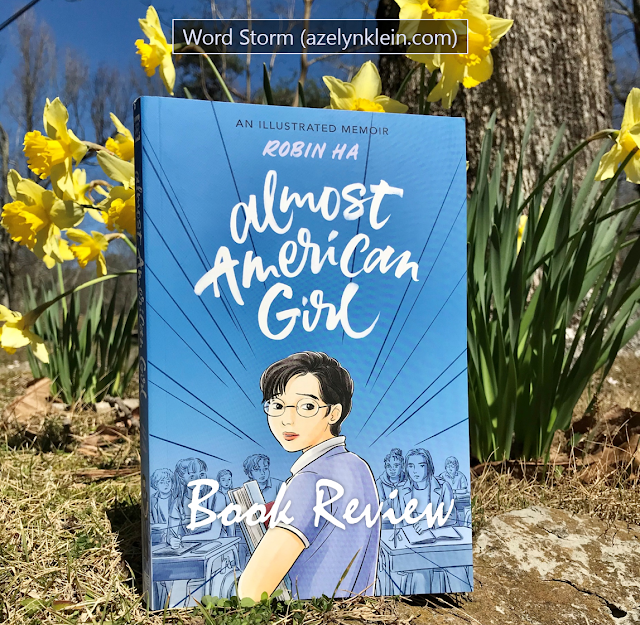 Having spent several years living overseas in Europe, I don’t exactly fit in Europe or my home country, the United States. I may not have half the struggles Robin had in integrating into a new culture, but I know what it’s like to be a part of multiple places. Suffice to say this book really hit home for me.

It also taught me a lot about Korean American culture. I particularly liked the way it contrasted how Robin saw the Korean and American cultures at the beginning of the book versus the end of the book and the way her perspective changed. You don’t get that a lot in books, though it is a common feature for people who have cross-culture experiences.

The art was super pretty, and the characters were well-portrayed. I didn’t have much difficulty telling who was who, which is a common problem I have with some Mangas. But this isn’t a Manga—it’s a memoir. I also really liked how even though most of the book was written in English, the Korean language was portrayed in blue while English was in black, giving English speakers like myself a good sense of when the language changed. Terms that were in Korean are defined in the back, some of which I actually knew.

In all I gave Almost American Girl 5/5 stars for excellent plot, cultural representation, and relatable, real people. I highly recommend it to anybody who enjoys graphic novels and cross-cultural stories, especially real ones.

Interested in Almost American Girl? Have you read it yet? You might also enjoy these books: American Born Chinese by Gene Luen Yang, The Best We Could Do by Thi Bui, and March by John Robert Lewis

Let’s chat! Has Almost American Girl made it to your to-be-read list yet? Have you read it yet? Have any graphic novel recommendations?

Similar book reviews: Kids Like Us, Full Cicada Moon, and A World Without You
Posted by Azelyn Klein at 10:00 AM