Once upon a time, I read an adult book that featured publishers who didn’t believe many books actually changed people. What a depressing thought. Stories like that one are one of the reasons why I’ll like going back to Young Adult—such stories often empower our youth and even adults like myself. (YA often gets a lot of flack for being too self-centered, as if adult books are somehow not self-centered? Give me a break.) This post is about empowering YA stories.

Stories that made me want to learn more.

Stories that made me want to take action.

Stories that made me want to dream.

A Conspiracy of Stars by Olivia A. Cole

Not only does this book have stellar world building, but it also has some great themes! I particularly like the way Cole builds upon the concept of several generations of humans living on an alien planet, and none of the people know what animals from earth look like, so there’s really nothing to compare the animals to. That and the perspective of the later generations is different from the older ones. They see the new planet, Faloiv, as their home.

One of the main differences between Faloiv and Earth is the way its animals interact with each other. Most of the predators there only attack other predators. And most of the humans are vegetarians and find the concept of eating an animal horrific, which is especially the case for those who have the ability to telekinetically communicate with them.

I already cared deeply about nature, but after reading the book, I gave up meat for lent, then later ate only a pescatarian (fish, not meat) diet as a social experiment. While I have a high respect for vegetarians, I do not despise those who eat meat. I’d have to write off my entire family if that was the case, and there are plenty of places where being a vegetarian is nearly impossible (e.g. eating out in Germany). But the book gave me a greater respect for animals and our own planet.

Sometimes, I forget how privileged I am to live in this day and age. I’ve never really had to deal with discrimination because of my gender. (I’m not referring to being hit on, though I could certainly do without that. The first time I was catcalled, I was 14.) This book in particular addresses the discrimination against women in the workplace in the early 1900s, and the strike the women embarked on thereafter. It’s heartbreaking yet empowering.

Sometimes I think this book is one of those that’s actually gotten me into arguments. But if somebody is being blatantly discriminatory, whether against gender, racial, or neurological differences, I have to say something. 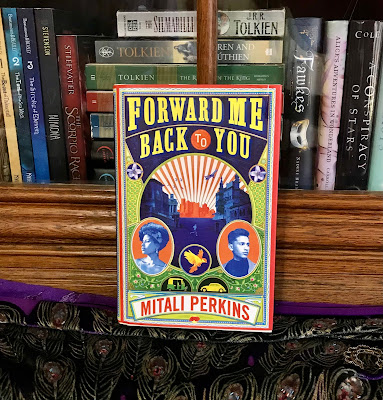 Forward Me Back to You by Mitali Perkins

One of my good friends from college highly recommended Perkins’ books, and she actually gave me this one as a gift. (Or maybe she leant it to me, and I just kinda kept it? I don’t remember…) I particularly liked the way this book addressed multiple several themes without being overwhelming, from empowering women to protect themselves to the fight against human trafficking.

Though I have been incredibly blessed and never had to deal with a situation where I needed to use self-defense, not everybody is so fortunate. Now, I’m actively seeking ways to get involved in anti-human trafficking, such as Dressember, an organization that raises awareness through volunteers like myself dressing up and advocating for an end to modern-day slavery. You can learn more on my fundraising page. No donations required.

When I initially read this book, I honestly didn’t think much of it. I brushed it off as another 3-star book and moved on. Until I was encountered with a situation that reminded me of one of the major themes of the book—if you see somebody in trouble and they beg you not to say anything, speak up anyway. A person’s life is more important than what may seem like momentary betrayal.

In A List of Cages Adam, a high school senior, befriends Julian, a freshman. Though friendship isn’t always easy, and Adam quickly learns that being a friend sometimes means speaking up for the other person.

In my case, I had a friend who told me they sometimes wished they were dead. Immediate red flag. I told somebody, and my friend sought help. Today, we are still close, and I am happy they are alive. 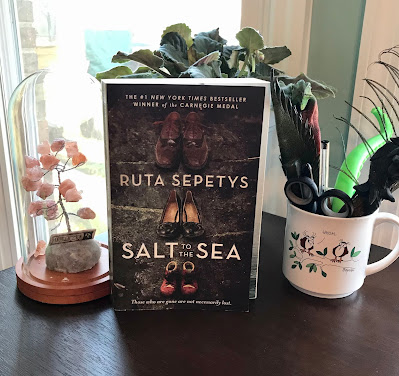 Salt to the Sea by Ruta Sepetys

Do you ever read those kinds of books that are so heartbreaking that you just want to hold your family tight and tell them how much you love them because not everybody has that? I’ve read several books like that, but this one in particular was one of those that made me want to reexamine my preconceptions about history.

There are so many stories out there that aren’t covered by most history classes, and this one in particular talks about the sinking of the Wilhelm Gustloff, a tragedy that dwarfs even the Titanic. Though the blurb on Goodreads is incredibly dry, the book itself is incredibly engaging.

Okay, I realize I may get flack for adding this one. There are many readers on the autism spectrum who have expressed their dislike for this book, and I highly respect their opinions. Though I may not be on the spectrum, I have a brother who is high functioning autistic, so I’m always eager to learn more. Hear me out for a moment.

I first read Mockingbird back in 2014 for my Young Adult Fiction class in university. Although this story may not be the best representation of what it means to be autistic, it started me on the journey to discover more novels and nonfiction accounts that represent the spectrum. Since then, I have volunteered at my church to work with kids who are not atypical. I sought out special education while working as a substitute teacher, and I’ve met plenty of other kids on the spectrum at my current job.

Other books that I’ve read since then include but are not limited to The Boy Who Steals Houses (fiction; #ownvoices), Kids Like Us (fiction), and Look Me in the Eye: My Life with Asperger’s (nonfiction; #ownvoices; they don’t call it Asperger’s anymore). There are plenty more books on my list, and I’m always looking for more recommendations!

Let’s chat! What are some YA books that changed your perspective? Have you read any of these? How’s your TBR doing?