Book Review: The Court of Miracles

“I’d rather live one glorious night hunting by your side, Nina Thénardier, than a hundred lifetimes without you.”

You know how I said I don’t usually read retellings? Meet another one! This time though, it’s the characters from Les Misérables with some elements from Hunchback of Notre Dame (the Miracle Court) with a touch of The Jungle Book. Though the combination sounds a little odd, it actually works really well. 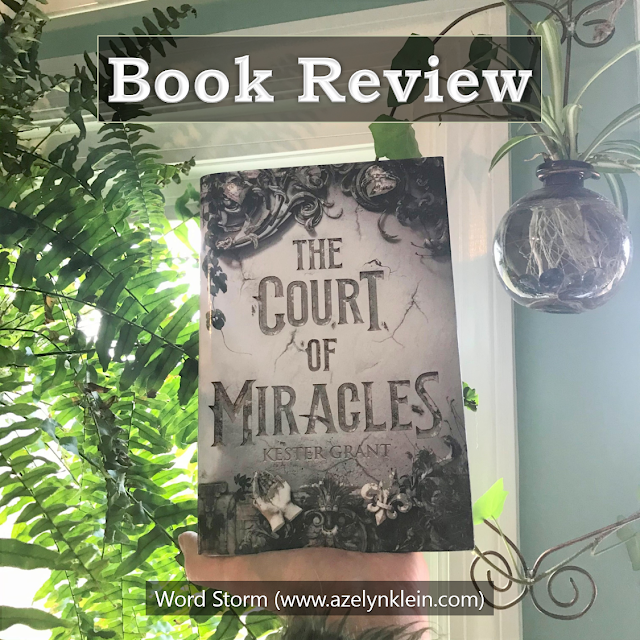 I didn’t think I could hate Thénardier any more than I already did. Until I finished chapter one. If you’re familiar with the original story of Les Misérables, then you already know the majority of characters from this book.

The plot itself differs greatly in that it focuses on Eponine “Nina’s” perspective as she lives as a thief among the Miracle Court, basically a mafia of sorts with nine different guilds. At first, I was skeptical about the court, but it quickly became clear that it was not an idealized sort of life, especially not with the Guild of Flesh dealing in human trafficking. The intensity of this element is far more prevalent in this book than in its main inspirational source.

At the same time, Grant plays off the events of the original story. Sometimes, it’s annoying in that it left me knowing how certain events would turn out, but at other times, she used the knowledge to her advantage to put her own twist to the story. Which was pretty cool, though no less heart-wrenching.

Another element I liked was the stories at the beginning of each section and the way Grant weaves in the French language here and there. It really added to the richness of the story as a whole.

Probably my favorite characters were Nina for her stubborn determination and familial loyalty, Ettie for her innocent naivety and romantic nature, and Enjolras St. Juste because it’s Enjolras. The sister relationship between Nina and Ettie is just golden. Who needs Marius (he never shows up) when you can have the love between two sisters? Oh, yeah, and Javert is a woman while Valjean is apparently a boring housemate. I need more backstory for these characters!

In all, I gave The Court of Miracles 4/5 stars for excellent character development, interesting world building, yet an okay plot. I’m curious, though, to see if Grant plans on writing a sequel because the ending was pretty open-ended.

Let’s chat! Has The Court of Miracles made it to your TBR list yet? Have you read it? What’s your favorite classic retelling?

Similar book reviews: The Magnolia Sword, Of Myth and Monster, The Beast of Talesend, and The Snow Child