4 Books I Initially Disliked but Came to Enjoy

I was talking with one of my bookwyrm friends the other day, and we ended up on the topic of books that we once liked that the more we thought about them, the more we disliked. Which is an unfortunate part of being a reader. But then again, there’s always the reverse—books that we originally didn’t like but came to enjoy.

Normally, I don’t reread such books. If I didn’t like it the first time, why on earth would I read it again? The reasons differ, but usually it’s because I see the book in another light, whether it be from a sequel or a film adaptation. So I may give the book a second chance. This one may come as a shock considering how much I rant about how much I enjoy the series. But actually, when I first watched the movie, I thought it was okay. When I first read the book, I thought it was rather dull. When I read the rest of the series, I was hooked. I like the way the later books developed various alien species and explored concepts like religion, morality, and the meaning of sentience. 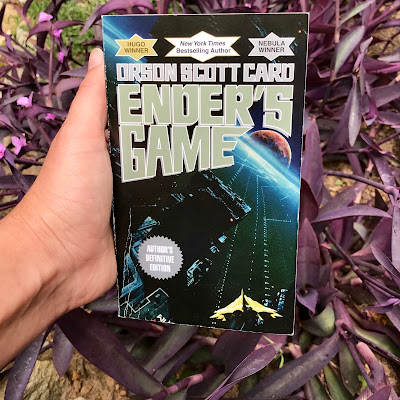 Only after I finished the series could I go back and appreciate the original story, Ender’s Game, for its military strategy and psychology.

I read this one as a teenager and disliked it. Then I did a terrible thing. One of my best friends bought a copy, and I asked her why she would do that? Didn’t she know how dark it was? Fast forward a couple years, and I gave the book a shot again and enjoyed it. I even went on to read the rest of the trilogy, and I bought it. 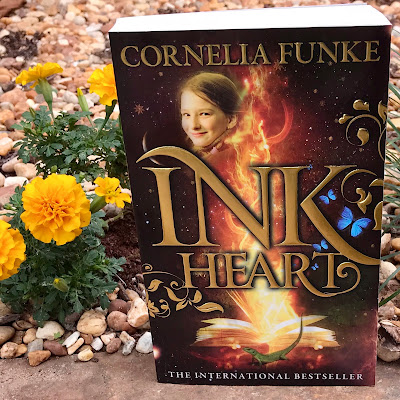 For me, I feel like there should be the phrase: “Don’t judge a book by your teenage impression of it.” Nowadays, if I find one of my reader friends enjoys a book that I didn’t care for, I may state my opinion on it, or I may not. Most of all, I try to offer some sort of encouragement and not influence their decision.

3) A Bad Beginning by Lemony Snicket

I can’t say I read this one as a teenager and disliked it. No. Rather, I read it as a teenager and hated it. Hated is a word here that means I thought the book was incredibly depressing and why would any stable person want to read the entire series?
Fast forward to my time studying for my M.B.A., and the Netflix adaptation came out. I gave it a try and reread the first book, then the rest of the series. Suffice to say, I’m not stable. The series itself is something you either enjoy tolerate, or you hate. I tried to get my sister to watch it with me, but she hates it.

I hope nobody hates me for this one. I read a lot when I was a teenager, but not near as much as I read now. Very rarely did I read lengthy epics. Though I was a fan of the Lord of the Rings films (extended editions only, thank you very much), I had a hard time getting into the books. It wasn’t until after the fellowship left Rivendell that I claimed the book really picked up and got interesting. 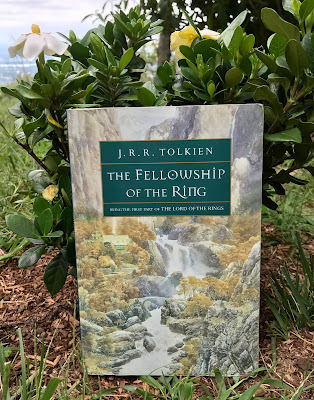 Now, after several years, I’ve decided to reread the books and am loving The Fellowship of the Ring. The pace may not be your typical YA novel, but it’s in no sense dull. If anything, I don’t remember the book being as suspenseful as it is. I find myself constantly asking, “How are Frodo and company not dead yet?” That being said, I’ve also come to enjoy all the poems, especially after memorizing the films and the songs and being able to place where the lines originally came from.
While a lot of the songs are included in the films, some of the more obscure ones have been done by YouTubers. If you haven’t listened to Peter Hollens’ Lord of the Rings and Hobbit songs, you should do so now. My personal favorites are all of them “Gollum’s Song,” “Into the West,” and the “Hobbit Drinking Medley.”
If I’m going to be completely honest, though, I don’t make a habit of rereading books I initially dislike. More often than not, they don’t end up on my bookshelf, except for the brief time that I check them out from the library. I suppose you could say this list is an exception. But it’s also a reminder that sometimes opinions change. While there are plenty of books that I didn’t care for as much the second time around, it’s exciting when I find a new treasure in a book I didn’t used to like.
Let’s chat! What are some books you initially disliked and came to enjoy? Have you read any of the ones I listed? How often do you reread books?
***
Similar posts: 7 Popular Sci-Fi Novels I Enjoyed; 8 Popular Fantasy Novels I Enjoyed; and The Joys of Rereading
Posted by Azelyn Klein at 10:00 AM