I’ve talked before about why I like some book-to-movie adaptations, but I haven’t talked about which adaptations I enjoy. Time to change that! To narrow it down even more, I’ll specifically be talking about sci-fi fantasy books to movies. There are plenty of contemporary adaptations, but I’ll try to keep this list short-ish.

What I will not be talking about: The Lord of the Rings and The Hobbit. I think we can all agree that the former is excellent and the latter (casting excluded) is terrible. Okay, maybe not terrible. Cringe-worthy, maybe? Yeah, let’s go with that. LotR is a work of art in film and book forms, but I’d like to focus on some other noteworthy stories today.

The pros and cons listed apply to the movie adaptations, not their books. 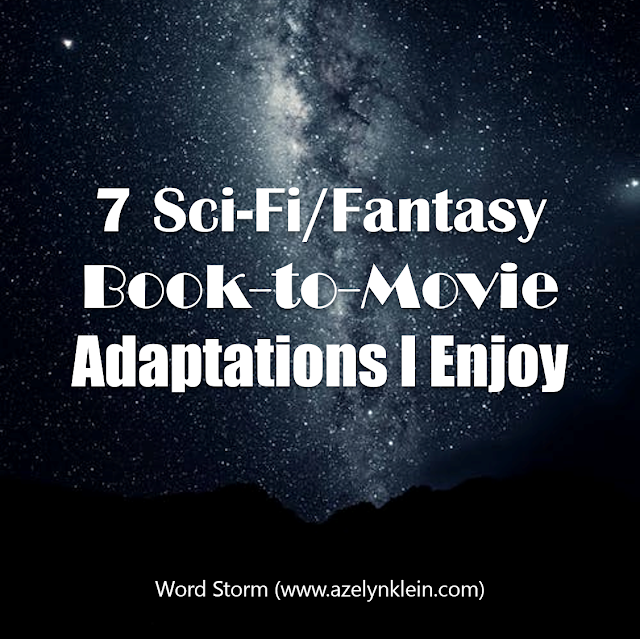 Do you ever have those moments where you watch the movie first and it makes sense, and then after you’ve read the book, you re-watch the movie, and the film makes less sense? I had that sensation with Ender’s Game. But as far as films go, the movie still does a great job.

The visual depiction of Battle School along with the battle simulations is stunning. The imaginative portrayal in the movie really helped me where my imagination fell short while reading the book.

I only wish they would have delved more into Ender’s perspective. It started off strong, but as the movie goes along, I felt it lost the connection to the character in favor of wrapping up the plot. If you’re looking for more great character development, I highly recommend the book as well as the rest of the series.

Ender: In the moment when I truly understand my enemy, understand him well enough to defeat him, then in that very moment I also love him.

I haven’t actually read all the books yet, though from what I have read, they’re incredibly different in plot and even some characters. From what I gather, the movies have kept the general heart of the story.

That being said, the dragons are awesome, the music is amazing, and Hiccup is incredibly relatable. I really wish I could befriend a Night Fury. I particularly like how the story blends a warrior society like the Vikings with a compassionate intellectual like Hiccup. Then there’s the intricate world building that just gets more dynamic with each film. I haven’t seen any of the spin-off shows yet, but I’ve heard they’re great.

I just don’t care for some of the side characters, especially the twins and Hiccup’s cousin Snotlout. That’s right. His cousin. Am I the only one who finds it disturbing in the third movie that Snotlout starts hitting on Hiccup’s mom? And the movie never addresses it? Come on.

Stoick: With love comes loss, son. It’s part of the deal. Sometimes it hurts, but, in the end, it’s all worth it. There’s no greater gift than love. 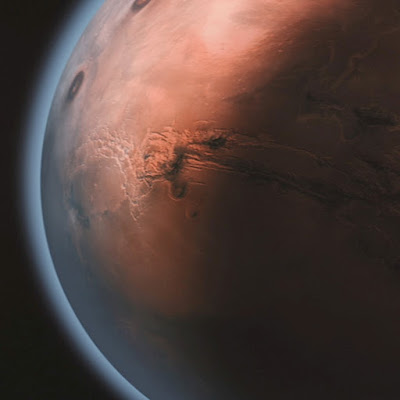 I know this movie didn’t do so well in theaters, but in my family it’s a favorite. We could probably quote the entire thing. I especially like the character development and the element where the girl saves the guy and vice versa several times throughout the movie. Then there’s the dynamic cultures of the “Red Men” and Tharks, and Woola the dog-like monster.

The soundtrack is stellar, and I like to listen to it on its own. Michael Giacchino is one of my favorite composers.

My only complaint is that they skipped over the language aspect rather quickly whereas the first book did not. I understand that viewers may not necessarily want to read subtitles the entire movie, but you don’t just drink a magic potion that helps you understand another language. That’s not how language works, not even in the books.

Dejah Thoris: Most warriors change their metals, but not their heart.

Cons: some inaccuracies, only three adaptations of a seven-book series

I’m not going to talk about Voyage of the Dawn Treader because I’m not actually a fan of the film adaptation. When The Lion, the Witch, and the Wardrobe first came to theaters, my dad took my brother and I to see it a ton. I remember getting all giddy when the train would chug across England, and I’d get swept away into the beautiful land of Narnia.

Although we didn’t watch Prince Caspian in theaters half as much, I was still in love with the story. Growing up, I went back and forth between Prince Caspian and The Silver Chair being my favorite books. I guess I like the concept of returning to a fantastical world with characters familiar and new.

I particularly liked the casting for Prince Caspian and only wish they would have included Caspian’s nurse. The movie was less lighthearted than the books. Trumpkin lost his sense of humor and didn’t get tossed in the air by Aslan. There was no holiday at the end of the book. In that sense, I think the movie seemed a little more grown up than the books had intended.

Lucy: I wish you’d all stop trying to sound like grow-ups. […]

Trumpkin: I am a grown-up.

Cons: will rip your heart out

I can only watch this movie or read the book at certain times. It’s that intense. But the way it combines CGI with live action reminiscent of the black-and-white sketches in the book is just beautiful. So artistic.

The story itself is so heartbreaking. It doesn’t always make sense, blending fantasy with reality so sometimes they’re hard to tell apart, but it’s an excellent story all the same. Intensity aside, I have no complaints.

The Monster: […] humans are complicated beasts. You believe comforting lies, while knowing full well the painful truth that makes those lies necessary. In the end, Conor, it is not important what you think. It is only important what you do. 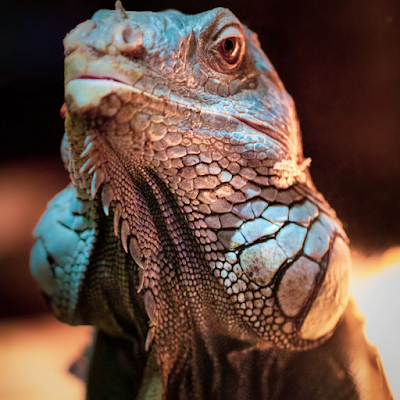 Cons: incredibly irritating, very unfortunate to the point of being synonymous with 2020, unsolved plot points

I’m referring to the Netflix series, not the stand-alone movie, which had too happy of an ending if you ask me. I know the show is technically a series, not a movie, but this is my blog so I do what I want. Each book in the series gets two 40-minute episodes, so it’s like a full-length movie. Right? Maybe I’m just writing in circles, which is a phrase here that means I should move on and really be starting a new paragraph.

I read the books in-between watching the episodes when they first released, so my experiences of both are rather intertwined. The episodes follow the books much closer than the initial film adaptation, the primary difference being the added influence of VFD and all the Easter eggs like that stupid sugar bowl. Oh yeah, and Lemony Snicket is twice as annoying in the show and not half as funny. Maybe it’s because I’m more of a bookwyrm than a show fanatic and appreciate the way the books poke fun at books themselves.

Of all the books/episodes, I really like book two (episodes 3-4) with Uncle Monty (The Reptile Room). Being a bearded dragon mama, I could see myself one day having a reptile room of my own. Though if I happen to take in some orphans, I’ll be sure to listen to them and flee the country immediately.

Uncle Monty: Life is a conundrum of esoterica.

Valerian and the City of a Thousand Planets

Cons: playboy pursues the female scientist (can we just kill this trope already?)

This graphic novel series adaptation is actually one of the few where I enjoyed the movie more than the books. While the books doubtlessly lean more on the scientific aspects of science fiction, the movie did a much better job on character development and storyline. If anything, the characters in the books just annoyed me, and I got bored with the plot.

In both the movie and the books, the world building is excellent. I also like how the casting for the film defied the typical casting. Usually when the guy has a deep voice like that, he’s a villain, not the protagonist.

My only complaint is the romance. I know I usually complain about romance in general, but I actually find the one in this story to be problematic.

Doghan-Dagui: We know how humans work.

Doghan-Dagui: They’re all so predictable.

Honorable mentions: Bridge to Terebithia, The Hunger Games, The Neverending Story, and The Princess Bride

Let’s chat! Have you seen any of these movies and/or read their books? What did you think of them? Have any sci-fi/fantasy book-to-movie adaptations to add to the list?

Similar posts: Are Book Dragons a Dying Breed?, 7 of my Go-To Authors, and Why This Bookworm Enjoys Book-to-Movie Adaptations