7 of my Go-To Authors

For a while, I didn’t used to understand what it was like to have a go-to author. I didn’t understand why people would see a new book pop up by a certain author, and they’d immediately add it to their To-Be-Read list or maybe they’d even buy it without having read it first. What madness was this?

After I read more extensively, though, I noticed certain authors starting to pop up again and again in my stack. And when I found myself in a reading slump, I’d go to the library and grab something by one of those authors even if I hadn’t even read the description. I’ve even bought books I’ve never read before and actually liked them. I broke my own rules because the books were by certain go-to authors.

This post is by no means an extensive list. I have more go-to authors. The number seven just looks good on the blog.

The following authors are organized alphabetically by last name. 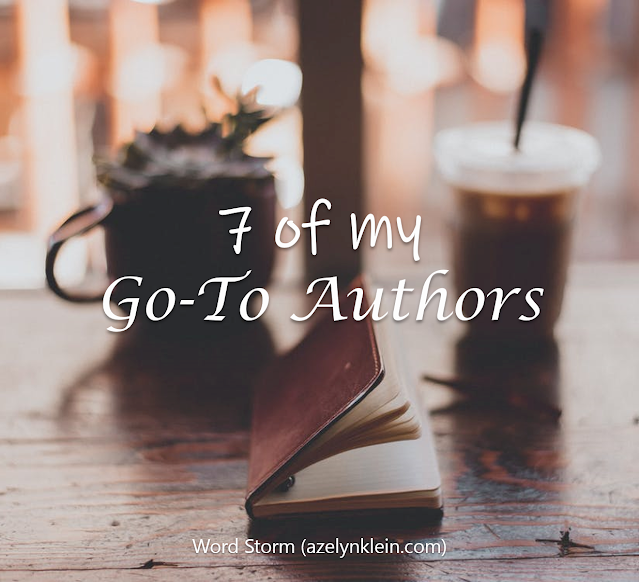 Her debut novel, Starfish, was so, so good! A contemporary YA novel about Kiko who likes creating art but struggles with social anxiety. I found the story to be super relatable. The characters were well-developed, and while I didn’t want to believe narcissistic people like Kiko’s mother could exist, I have a family member like her.

Two years ago, Bowman released an equally well-written book, Summer Blue Bird that ripped my heart out. And it was set in Hawai’i! It was probably the first book I’ve read that captured the setting and culture perfectly!

I have yet to read her latest novel, Harley in the Sky, but I’m super excited! Though I haven’t actually bought any of her books yet, they’re on my list.

Like many sci-fi fans, I discovered his work through Ender’s Game. I actually saw the movie first, then read the book. I thought it was okay. Until I read the rest of Ender’s Saga where there are multiple alien species and an AI and more moral dilemmas, and I just fell in love with the series as a whole.

Though I haven’t enjoyed the The Shadow Series books half as much as the Ender’s Saga because they lean more toward political than fantastical, I still like how it explores Bean’s perspective. Ender’s Shadow in particular helped me come to terms with the fact that one doesn’t have to be the most intelligent person to make a difference and that it’s okay to accept one’s limitations. I’ll probably end up reading the rest of The Shadow Series eventually.

I grew up reading The Chronicles of Narnia, but it wasn’t until college that I was introduced to his other works of fiction and nonfiction. His sci-fi trilogy is okay. Not great as far as sci-fi goes but interesting as far as a religious study. The others that I’ve really enjoyed have been The Screwtape Letters and The Great Divorce.

In his collection of essays, God in the Dock, I really enjoyed his logical arguments. They made me think about questions I’d never asked and helped me come to terms with others I’d struggled with for a while.

The books of his that I really want to read/reread include The Problem of Pain, Miracles, and Reflections on the Psalms.

After my undergraduate degree, I went on a C. S. Lewis trip to Oxford and got to see where he lived, worked, and talked with his fellow writer friends. His life is an inspiration.

In college, my mom introduced me to the author and her books. I got signed copies of her first series Alliance, and read them all during midterms week and fall break. The themes and characters are great, and the amount of research that goes into each book is fantastic!

She recently finished her second series, Allegiance, and I’m super excited to read the conclusion! I feel a little bad because I’ve been struggling with e-books lately, but all the books are out in paperback now. I just have yet to but them. 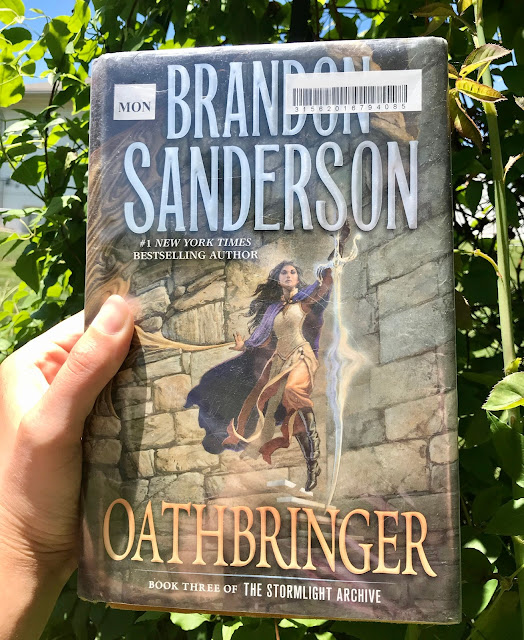 I was culling my TBR one day when I came across The Final Empire on Goodreads. After rereading the blurb, I thought I’d give it a try and soon found myself reading anything and everything by Sanderson. So far, I’ve stuck to stories set in the Cosmere (the Mistborn books and The Stormlight Archive) and the Skyward series. I think I’ve figured out who is the character who shows up in all of the Cosmere books, but I may have to go back and reread some of them to double check…

I’m not branching out with the rest of his books just yet because I’m waiting for the release of the untitled Skyward book 3, The Lost Metal (Mistborn, book 7), and Rhythm of War (The Stormlight Archives, book 4). Seriously, Sanderson writes so many books, and some of them are doorstops. I wouldn’t be surprised if he one day wrote a book longer than Les Miserables at 655,478 words.

Wein first introduced me to one of my favorite character tropes—female pilots. Code Name Verity has such details about flying that you just know Wein knows what she’s talking about. She’s even a pilot herself. Though Code Name Verity is by far my favorite, her other historical fiction novels Rose Under Fire and The Pearl Thief are worth reading.

Doing research for this post, I just discovered her latest historical fiction novel, The Enigma Game, comes out in November! Or it’s already out for those of you in the UK. *puppy eyes* Maybe I can get it on Book Depository now… Apparently it’s another novel featuring one of the characters from Code Name Verity, and I’m ecstatic!

Though I wasn’t a huge fan of her latest novel, Now Entering Adamsville, as I’m not really a fan of ghost stories, I’m eager to see what she writes next!

Let’s chat! Who are some of your go-to authors? Have you read any books by the authors I listed? Which is your favorite? Any books join your TBR list?