My Process for Writing Poetry

I’ve been talking a lot about poetry lately, but I haven’t ever really posted how I write poetry. I hope to remedy that with this post, which isn’t exactly how to guide as much as a how I write explanation. I tend to write more free verse than form poetry, so I’m not really going to talk about meter or rhyme.

And for those of you who are interested, if you haven’t already heard, I plan on releasing a poetry collection later this year, so keep an eye out for Dandelion Symphony. 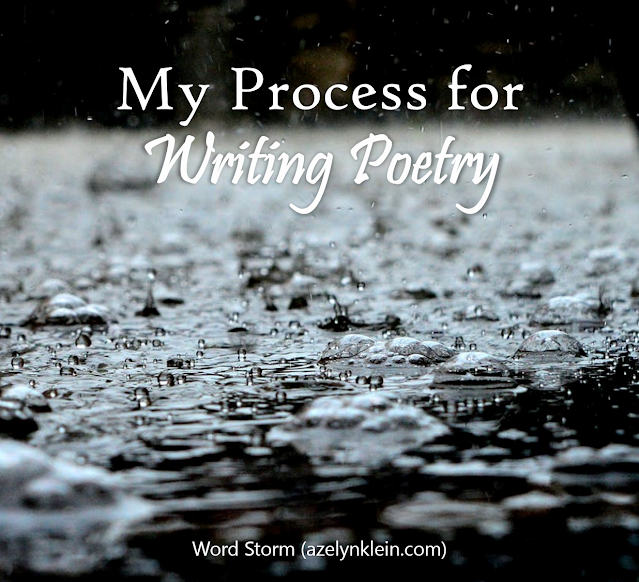 I used to think that I couldn’t write poetry unless I was inspired. Until I came to realize that the main way that I write poetry is based on a particular setting that I’ve been to. Sure, some of the poems take on a life of their own and ultimately may not be based on anywhere real, but I like to keep the setting in my mind while I write. It gives me a good basis.

I discovered this tidbit after a writing prompt sprint with a friend. We each picked a picture for the other, then wrote based on the photo. Each picture, I found, reminded me of someplace I’d been and the memories I had there, making it that much easier to write.

Once I have an idea what I want to write based on the where, I have to determine the how. Typically, I’ll write in free verse, discovering the poem as I go, but on occasion, I’ll start off with a particular form in mind. Iambic pentameter is perhaps my favorite. There’s something easy to fall into when it comes to ten syllables while still allowing me the freedom to start and end where I need to.

Even when I write free verse, though, I usually have some kind of structure. Sometimes, I decide to write a form poem. Or maybe I’ll pick a topic sentence that shares some themes throughout the stanzas as they evolve. Sometimes the stanzas take on a similar length. Sometimes they don’t. It all depends on the poem.

The first snow is fleeting,
fluttering one moment and

—excerpt from “The First Snow”

This part is probably my favorite. In my creative writing class, I remember my professor talking about metaphor and the best way to talk about emotion without mentioning the emotion itself. For example, if I’m going to write a poem about neglect, I might write about a sunny day where my garden plants didn’t get enough water and are looking a little droopy. Or maybe if I want to write about excitement, I’ll write about the smell of coffee or the thundering or horse hoofs while horseback riding.

One of the best ways to play with metaphor is to find something that hasn’t been said that way before. If I can’t think of something completely original in all history of writing, I’ll try to think of something I’ve never written before. For example, anger is often likened to a burning fire. But what if anger was instead a river that slowly eroded its banks? Or what if fire was instead a way to transform, like how matter is converted into energy?

One of the things I love about poetry is that it doesn’t have to make sense. Not like prose does anyway. I’ve often gotten feedback that my prose doesn’t always make sense, but I rarely get feedback that my poems are too confusing. That’s probably because the different forms have different purposes. Prose is typically for telling a story or facts, and verse is for exploring emotion and imagery. Rarely do emotions make sense, though verse can be a way to try to understand them.

No matter what I’m writing about, whether it be a fond memory or a made-up moment, I like to keep it as honest as possible. No place is perfect, and no memory is completely horrid. Keeping each poem honest helps keep me from being over sentimental.

Take my poem, "Romantic", for example. When visiting Venice, I noticed how all the advertisements and film would post all the beauty but leave out the trash or the alleyways. In part it makes sense. Most photographers focus on the perfect angles, but they don’t always capture the experience of being in a place. So when it comes to writing poetry, I like juxtaposing the good with the bad, the unpleasant with the pleasant.

I relish watching the glassblower
tug at the liquid fire and mold it
and pull until he sets a little red horse, solid,
on the table.

But try finding a place to park
outside the city inside a garage
where your car is no longer a car
but a sardine packed among sardines.

Let’s chat! Any fellow poets out there? What’s your process for writing poetry? Do you prefer form or free verse?

Similar posts: Poetry Collection Announcement: Dandelion Symphony, 3 Types of Writers You Should Know, and The Importance of Poetry