Character Types: The Character Everybody Detests

Bookworms and book dragons alike tend to be a very diversely talented group. From carrying twenty-five books at once and ordering five more books online that we don’t need to travelling halfway across the world to visit the inspiration for a fictional setting, it seems like we know no bounds!

And we all have differing opinions on our favorite characters and stories. I like Star Trek; my sister likes Star Wars. I like Han Solo; she likes Kylo Ren. You get the picture. Sometimes it seems like disagree on everything.

Until we inevitably come across that one character… 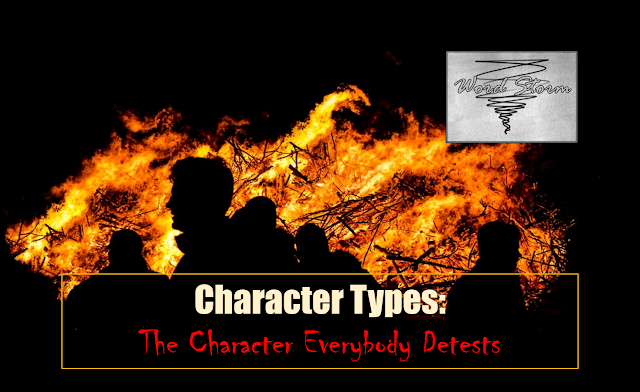 If you’re looking for a blog post that’s full of benevolent characters and their happy endings, I
suggest you close this tab. Today I will be focusing on three examples of The Character Everybody Detests, though it is certainly not limited to these: Q (Star Trek: Next Generation), Umbridge (Harry Potter), and Lord Denothor (Lord of the Rings). Here are just a couple of the traits that they seem to share:

1) The Character Everybody Detests can turn even the kindest bookworm into a book dragon and make them want to drop said character off a cliff or at the very least stab said character with a fork.

Please tell me I’m not the only one.

And the very thought that I might actually want to stab somebody with a fork is disturbing. After all, I’d never want to purposefully hurt somebody. What are these characters doing to me?

Because let’s face it…

2) They delight in the suffering of others.

And when they do, I’m not very sympathetic.
Every time Q shows up, he ends up putting the crew of the Enterprise through some bizarre challenge.

Umbridge makes Harry write using his own blood and torments the entire school.

Denothor might be the exception to this one. He may make people suffer, but he certainly doesn’t seem to take delight in anything.

3) They have at least one incredibly annoying trait.

For Q, it’s his arrogance and hypocrisy. Not only does he have immortality and god-like powers, but he also flaunts it. Constantly. Then gives everybody a hard time for being mortal and being poor decision makers. It’s no wonder nobody wants him around.

For Umbridge, it’s her like for the color pink. Just kidding. Pink is okay in and of itself, I just don’t care for it. Rather, it’s the way she tears everybody down and enjoys it.

For Denothor, it’s his favoritism towards Boromir and hatred of Faramir. And poor leadership. And misery. And the time he told Faramir he wished he were dead. Not. Okay.

4) Sometimes, they may seem right.

In one of the opening episodes, Q puts humankind on trial for its crimes against the universe, and the crew of the Enterprise has to acknowledge that the humans on board are not perfect.

Even in all his misery, Denothor was trying to lead Gondor against the armies of Mordor, even if he was going about it all the wrong ways.

5) Yet they still avoid the truth.

Q’s refuses to acknowledge his arrogance and often blames other races for the problems in the universe.

And Denothor refuses to acknowledge that he actually cares about Faramir until it’s too late.

6) They can still teach you.

Q’s arrogance and games led to belief that mortals and immortals alike can learn to be more open-minded.

Umbridge’s oppression led Harry to teach his peers about Defense Against the Dark Arts. Despite her tyranny, the students came together in a way they hadn’t before.

In the end, the Character Everybody Detests can teach us a lot of things, like what it means to be cruel and what it also means to stand up against such cruelty.

***
Related posts: That Guy Who Just Won’t Die and The Pessimistic Mentor

Let’s chat! Who are some of the characters you detest? What have they taught you?
Posted by Azelyn Klein at 10:00 AM