Should Books Be Categorized?

I recently decided to sort my fiction by color. My sister took one look at the books and said, “You separated THE SERIES?!”

Thankfully, though my fiction collection is small enough that I can still find everything.
I don’t have to imagine what it’s like to set foot in a library and not be able to find anything. I have at almost every library I’ve been to. The first time I’d go in looking for a book I knew was on the shelf, hunt for at least an hour and a half, and leave disappointed. (Yes, I am an introvert. No, I DO NOT go to the library to talk to people, though I don’t mind talking to librarians I am already acquainted with.)

Despite most libraries following the Dewey Decimal System, it took me ages to figure it all out. Once I started volunteering at my local library in Vicenza, Italy, I finally started figuring out how everything worked. (You would think as a bookworm, that I would have figured it out before I turned 21. Haha! Nope.)

Perhaps my favorite thing about volunteering at the library was helping set up displays. Sometimes the head librarian would give me a topic or tell me to pick one, then give me free reign to find books throughout the library to put on display. 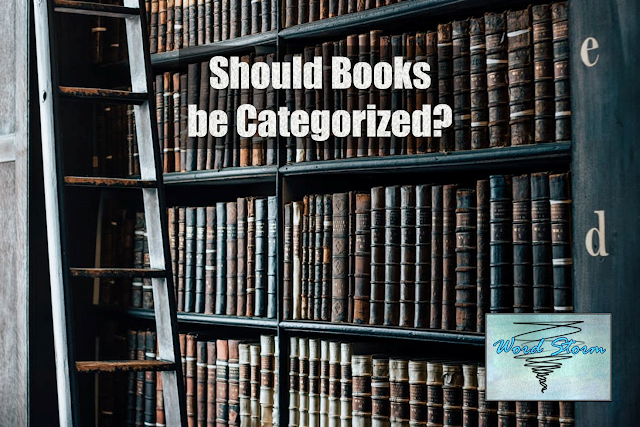 Note: This post is a satire and should not be taken 100% seriously.

First off, let’s examine some of the pros and cons of the Dewey Decimal System.

Pro: if you know the system, it’s easy to navigate.

I can’t tell you how many times I’ve picked up a YA book expecting adventure and discovery and ended up with a romance. And who decided it was a great idea to lump the science fiction and the fantasy together? Sure, they may crossover sometimes (e.g., Thor, Dragonsdawn, Season of Wonder). But come on. What if I wanted to read a high fantasy and ended up with a space opera? (And don’t say “Read the blurb.” They spoil things!)

Why organize novels as sci-fi/fantasy when you can organize them as sci-fi: dystopian, sci-fi space opera, high fantasy, contemporary fantasy, sci-fi/fantasy crossover. It’s a bit more complicated, but it makes soooooo much more sense. Right?

Pro: you can find new books browsing in sections where you enjoyed old ones.

Some days, I like browsing YA and find another book on my list or grab one at random. Other days, I discover books by authors I enjoyed before in completely different sections. Discovering your next great read is sometimes five or six books over on the shelf.

Con: some books don’t get the exposure they deserve.

Some people will avoid certain sections because they sound uninteresting or they read one book from that genre that they didn’t like. (Or they’re a teenager embarrassed to walk into the children’s section because it has a book in the series they’re reading.) Personally, I don’t read nearly enough nonfiction as I should. Something about being in school for the past five years has got me on an extreme fiction kick.

As I mentioned before, one of my favorite parts of volunteering at the library was setting up book displays. Whether it was fairy tales, winter themed books, or classics turned into movies, finding books and putting them on display was like a scavenger hunt. Sometimes you’d get two books sitting next to each other that wouldn’t otherwise be related, and it was rather interesting to see.

I’m also one of those readers who likes to pull books off the displays and check them out because I couldn’t resist the color.

Pro: you can actually find stuff!

In Patrick Rothfuss’s The Kingkiller Chronicles the Archives, the library at the magical University, is so chaotic in its organization that students have to search, sometimes for days on end, to find anything. The reason being—so many people had different ideas of how to organize the books, and they all died before the library could be completely organized. Talk about a lot of books! In the end, I’m pretty sure the Archives sounds like a librarian’s nightmare. At least we have a nation-wide accepted system.

Con: I don’t think in the Dewey Decimal System.

I think about how a book made me feel. Or how the cover caught my eye. I don’t necessarily think about where I found a book, though sometimes I might remember one book’s location if I have to shelve it often enough.

Let’s just walk into a library or a bookstore and pick books based on color or blurb or spontaneous discovery. Never mind the frustration that comes with not being able to find a book, that comes even with semi-organized shelves. After all, searching for a book is a treasure hunt anyway, right?

Then again, perhaps we should just stick with the system and set up certain book displays in the hopes that good books get the attention they deserve.

Let’s chat? Do you believe me? What’s your stance on organization?
Posted by Azelyn Klein at 10:00 AM