Controversy in Fiction: Christianity vs. Intellectualism

Last year, I started a mini-series called Controversy in Fiction. Each post can stand alone and discusses a fiction-related topic with differing, often controversial opinions. Now I’m here to continue the discussion, starting off with a couple things that I’m particularly passionate about—Christianity and intellectualism. 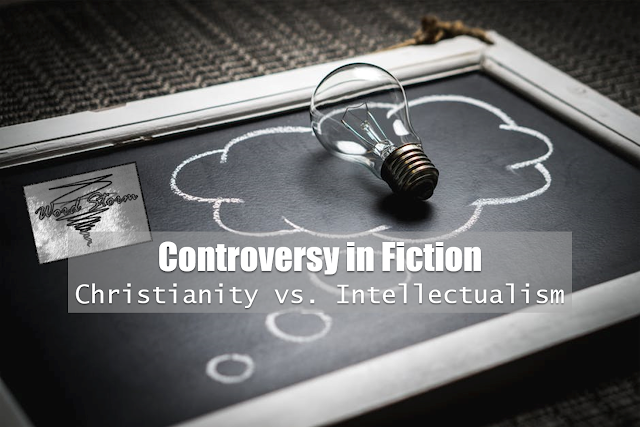 But today, it’s incredibly hard to be a Christian and an intellect simultaneously, especially when a lot of non-Christians claim that in order to have faith, one must be stupid. It’s almost as though Christianity and intellectualism are pitted against each other. Faith versus fact. Is it possible to be religious and intellectual simultaneous? 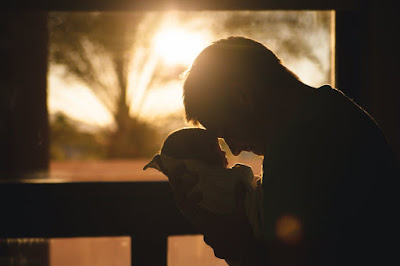 In light of the age of the Earth, whether you believe it’s several thousand years old or several billion, an individual lifespan is minuscule in comparison. One such quote about life comes from one of its most memorable villains:

“Life’s but a walking shadow, a poor player,That struts and frets his hour upon the stage,And then is heard no more. It is a taleTold by an idiot, full of sound and fury,Signifying nothing.”(Macbeth, Macbeth)

In life, many people search for meaning. But it’s not always so easy to find. While secularists’ opinions on the meaning of life may differ (and I cannot claim to know their opinions), Christians tend to view life as a means to serve God by loving and serving Him and loving and serving their fellow humans.

But despite their belief in purpose, Christians may still experience doubt. Take the book of Job for example. In this particular book in the Bible, the book’s namesake, Job, though a righteous man, loses everything, his belongings, his children, his health. Instead of comforting him, his friends berate him, claiming he must have sinned for God to punish him. According to David Bevington’s The Complete Works of Shakespeare, Macbeth’s speech contains several “biblical echoes” including passages from Psalms and Job. For example—

“Mortals, born of woman,are of few days and full of trouble.They spring up like flowers and wither away;like fleeting shadows, they do not endure.”(Job, Job 14:1-2)

Whether you’re a Christian or not, men and women both die. Life is short. But that’s not to say that we cannot live without purpose. What is yours? 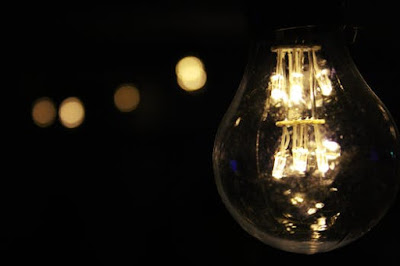 Evidence: The Progression of Providence

I enjoy BBC’s adaptation of the Sherlock Holmes stories. I really do. But in a way, I hope it ends with the fourth season. While Season 3 had a lot of people questioning Sherlock’s overly emotional state, Season Season 4 had me cringing, A LOT, especially when it came to the negative portrayal of religion.

John: Godfather. We’d like you to be godfather.
Sherlock: God is a ludicrous fiction dreamt up by inadequates who abnegate all responsibility to an invisible magic friend.
(Sherlock, “The Six Thatchers”)

While Sherlock and Mycroft may not get along, they sure share a lot of opinions when it comes to religion.

Mycroft: Heaven may be a fantasy for the credulous and the afraid. But I can give you a map reference for hell.
(Sherlock, “The Final Problem”)

That’s not even including what Moriarty had to say on the matter of religion.

The Holmes brothers do not believe in a God or an afterlife. Fine. I don’t have to agree with everything they say. But it seems like BBC ignores some of the aspects of Sherlock Holmes’ original character—namely, his agnosticism. Rather than claiming a particular religion let alone a belief in a Christian God, the Holmes in Doyle’s books advocated for science and deduction but was open to the possibility of religion.

“‘My dear fellow,’ said Sherlock Holmes as we sat on either side of the fire in his lodgings at Baker Street, ‘life is infinitely stranger than anything which the mind of man could invent. We would not dare to conceive the things which are really mere commonplaces of existence. If we could fly out of that window hand in hand, hover over this great city, gently remove the roofs, and peep in at the queer things which are going on, the strange coincidences, the plannings, the cross-purposes, the wonderful chains of events, working through generation, and leading to the most outre results, it would make all fiction with its conventionalities and foreseen conclusions most stale and unprofitable.’”(The Adventures of Sherlock Holmes, “The Case of Identity”)

If one of the world’s smartest detectives could acknowledge that man couldn’t come up with everything, what’s to say other people couldn’t agree with him?

“‘There is nothing in which deduction is so necessary as in religion,’ said [Holmes], leaning with his back against the shutters. ‘It can be built up as an exact science by the reasoner. Our highest assurance of the goodness of Providence seems to me to rest in the flowers. All other things, our powers, our desires, our food, are all really necessary for our existence in the first instance. But this rose is an extra. Its smell and its colour are an embellishment of life, not a condition of it. It is only goodness which gives extras, and so I say again that we have much to hope from the flowers.’”(The Memoirs of Sherlock Holmes, “The Naval Treaty”)

If you ask me, I would say writers have always adapted Sherlock Holmes to their times and their own beliefs. According to Professor Richard J. Evans, most Victorians “believed that the Bible was the best, indeed in many cases the only guide to a moral life.” But as more discoveries were made, more and more people have come to doubt religion and instead put their faith in the sciences.

“Yet in the longer run, the greatest threat to faith was to be posted by science. […] whether Darwin liked it or not, the popular debate on his theory of evolution pitted evolutionism was pitched against creationism, facts against faith.” (“The Victorians: Religion and Science”)

A lot of contemporary literature portrays a doubt in the supernatural. Take The Curious Incident of the Dog in the Night-Time (yes, the title is a tribute to a Sherlock Holmes story). The protagonist, Christopher, has low functioning autism and is a genius when it comes to mathematics and doesn’t believe in God or heaven.

Even though I tend to enjoy reading books about characters with autism, I had a hard time connecting with this book. While it portrayed low functioning autism in a fairly realistic manner, it became tedious, and there didn’t seem to be any hope throughout the narrative.

Another contemporary example of fiction that portrays a contrast between science and faith is the show Scorpion. I’ve only been able to watch the first season so far, but in the Christmas episode, Walter, who has an IQ of 197, is talking with his sister Megan, who is “average” and is dying from multiple sclerosis. Walter doesn’t believe in miracles, just science. But Megan wants to believe in miracles, and ultimately tells her brother that she believes in him.

Can a person’s actions be a miraculous? Why not?

If you’ve noticed a trend in my examples, yes, I have selected fictional characters with a high IQ. But with a high IQ, there tends to be a low EQ (emotional quota, according to Scorpion). I have no idea what my IQ is, but from my ability to empathize easily with other people, I wouldn’t call myself a genius. I’m probably just average. 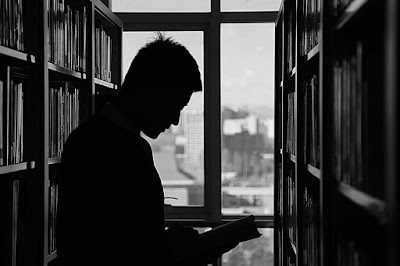 In general, a person with a higher EQ tends to be more open to the spiritual. Most people are not reasoned into believing in a religion. C. S. Lewis is perhaps the exception, for he was reasoned into his belief in God from a conversation he had with J. R. R. Tolkien. Today, Lewis is regarded as a creative genius and serves as one of the great Christian writers of the 20th century.

Lewis also tended to be very skilled in logic, and his stories tend to be clear. In his novel, The Screwtape Letters, written from the perspective of a demon named Screwtape giving advice to his nephew Wormwood, it appears that he supports the sciences as well.

“Thanks to the process which we set at work in them centuries ago, they [humans] find it all but impossible to believe in the unfamiliar while the familiar is before their eyes. Keep pressing home on him the ordinariness of things. Above all, do not attempt to use science (I mean, the real sciences) as a defense against Christianity. They will positively encourage him to think about realities he can’t touch and see.”


(Screwtape, The Screwtape Letters, “Letter I”)

Sure, it’s difficult to get a sense of what Screwtape means by “the real sciences” as opposed to false ones without examining the rest of Lewis’ writings. But he was not one to shirk away from facts.

When it comes to the Bible itself, both the learned and uneducated men act as apostles of Jesus Christ. Peter was a mere fisherman and uneducated yet he quoted from the Old Testament.

“Now when they [the Jews] saw the boldness of Peter and John, and perceived that they were uneducated and untrained men, they marveled. And they realized that they had been with Jesus.” (Acts 4:13, NKJV)

Another one of the writers of the New Testament, Paul, was a tentmaker and a scholar, taught in the ways of the Pharisees, the religious leaders of his day.

“I [Paul] am indeed a Jew, born in Tarsus of Cilicia, but brought up in this city at the feet of Gamaliel, taught according to the strictest of our fathers’ law and was zealous toward God as you all are today.” (Acts 22:3)

According to Scripture, both the educated and the uneducated may be Christians. You don’t have to have a degree or be an elitist. Similarly, you don’t have to be ignorant to have faith. To say that all Christians are uneducated is to discount those who have higher education degrees, whether it be a BA or a PhD.

Perhaps one of the best arguments I heard for an intellectual’s belief in God was during my senior year at Evangel University. I attended an open lecture on science, and the professor drew a venn diagram on the board, one circle representing facts we know, the other facts we don’t know. “Is it possible,” he said, “for God to exist in realm of what we don’t know?”

In conclusion, yes, it is possible to be religious and intellectual simultaneously. It may be rare, but possible. The main principle is to keep an open mind. Don’t be afraid to ask questions and don’t back down from answers that might scar you. After all, as I’ve cited one of my favorite quotes before:

“It is the mark of an educated mind to be able to entertain a thought without accepting it.” (Aristotle, Metaphysics)

Let’s chat! What’s your take on faith and science? Do you believe it’s possible to be both an intellectual and a Christian? What are some of your favorite stories, in film or books, that address science and faith?
Posted by Azelyn Klein at 10:00 AM