7 Settings as Vivid as Characters

Settings, quite like various foods and plots, tend to vary (see The Potato Chip Plot). On one hand, a setting can be as simply stated as two different countries (The Alliance series), a village full of crows (The Vile Village), or somebody’s hometown (some contemporary YA books). On the other hand, in some books, the setting is so dense that there’s an entire chapter dedicated to the Parisian sewer system, *cough* Les Mis *cough* and readers wonder “Is this really necessary?”

Finding a balance between too much detail and too little is hard, and preferences differ from reader to reader. 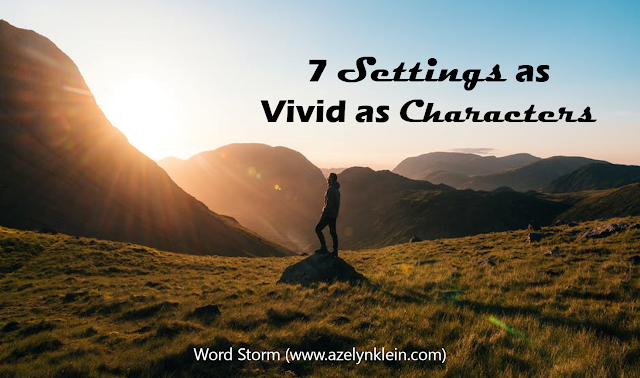 I lean more towards the literary, weighty settings when it comes to books. So I might dock a star if the setting is vague, especially if I’ve been to the book’s location and still can’t picture the place (eg. Oxford: a small, easy-to-navigate college town next to the Thames River that’s full of students and tourists, bookshops and libraries, and various colleges built from white stone.) Books that describe a setting so vividly it brings back memories or makes it so I can image I’ve been there are likely to receive an extra star from me. That’s just my personal preference.

Here are just a few fictional and nonfictional settings that I’d like to visit! 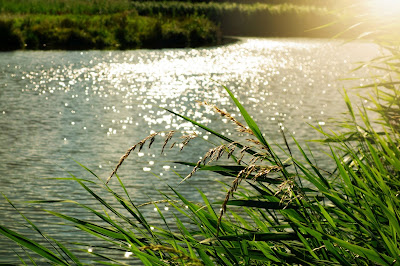 “To the west a dark church spire rose up against a marigold sky. Below was a little valley and beyond a long, gentle-rising slope with snug farmsteads scattered along it. […] one away to the left, far back form the road, dimly white with blossoming trees in the twilight of the surrounding woods. Over it, in the stainless southwest sky, a great crystal-white star was shining like a lamp of guidance and promise.”

One of the things I enjoy about Anne of Green Gables is how rich the text is. Another is how the book describes the beauty and complexity of the “simple life” and how even everyday tasks become adventures and everyday ponds and fields, the backdrop.

The Jungle of Faloiv in A Conspiracy of Stars 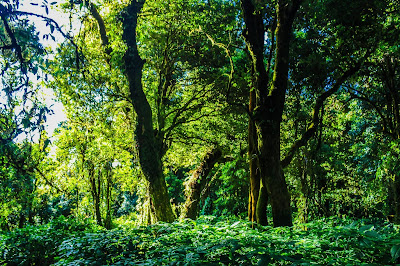 “My father and I live under different suns. In reality, it is the same: red and hungry, an intense crimson eye that sends the sweat fleeing from my skin. It’s as beautiful as it is harsh, but my father sees none of the beauty. The past has dulled his wonder, and so the light of this planet shines differently on each of us. For me, it is part of home. For him, it is a beacon over a prison. Like others in N’Terra, he had his heart set on another sun. This one is a poor replacement.”

I want to visit another planet! Unfortunately, astronauts haven’t even been back to the moon in years, so the likelihood of visiting another planet in my lifetime is slim. *tear* At least I can experience what another planet might be like through fiction. Olivia A. Cole’s A Conspiracy of Stars has an excellent description of what another planet and its flora and species might look like. Though it sounds hot—the characters live in a jungle after all—there’s just so much to learn about!

The Mountain Ranges in The Books of Pellinor 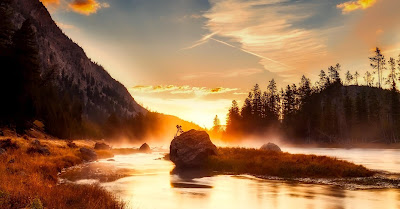 “Just before they arrived in the village, the sun sent its first rays over the edge of the earth, and the grasses, bent with heavy dew, sparkled alive in prisms of fire. Far away in the north the snow tips of Osidh Elanor, the Mountains of the Dawn, flared red and pink like the edges of petals.” —The Bone Queen (The Books of Pellinor, book 0.5)

This series can be a little slow at times, but I like it perhaps for that very reason. The settings are so vivid that I feel like I’m there. I already enjoy visiting the Alps. Why wouldn’t I want to visit a mountain range where I might encounter a bard capable of magic?

The cockpit of an airplane in Code Name Verity 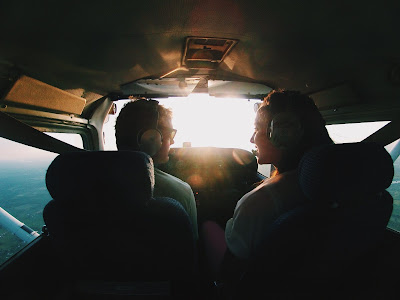 “One moment flying in green sunlight, then the sky suddenly grey and dark.”

For somebody who’s afraid of heights, I’m not afraid of flying. Of course, I’ve never actually been in a cockpit, unless you count a grounded plane at a museum. Elizabeth Wein, author of the Code Name Verity books, actually is a pilot. As a reader, I can tell. While she includes some of the technicalities of flying, the passages that take place in the planes are never boring. Quite the opposite!

Hobbiton, Lothlorien, and Rohan in The Lord of the Rings 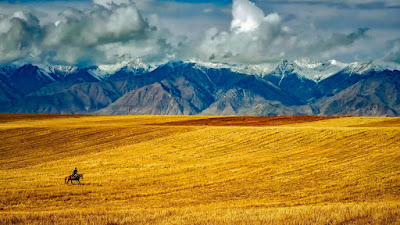 “On the land of Lórien, there was no stain… Frodo looked and saw, still at some distance, a hill of many mighty trees, or a city of green towers: which it was he could not tell. Out of it, it seemed to him that the power and light came that held all the land in sway. He longed suddenly to fly like a bird to rest in the green city.” —The Fellowship of the Ring (The Lord of the Rings, part 1)

I tried to narrow it down to one and failed. I’d thoroughly enjoy picking up some gardening tips in the Shire, though I’d probably hit my head on the doorways or chandeliers in a hobbit hole. Let me ride with the horse masters of the Rohirrim. You may even find me exploring the heights in the beautiful trees of Lórien while hopefully not panicking about the heights.

The Isle of Thisby in The Scorpio Races 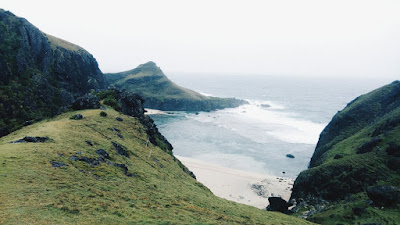 “As the sun shines low and red across the water, I wade into the ocean. The water is still high and brown and murky with the memory of the storm, so if there’s something below it, I won’t know it. But that’s part of this, the not knowing. The surrender to the possibilities beneath the surface.” —Sean

If you manage to overlook the gray and the damp and the flesh-eating horses, Thisby actually sounds pretty nice with its towering cliffs, the smell of the sea, and the taste of November cakes.

Alaska in The Snow Child 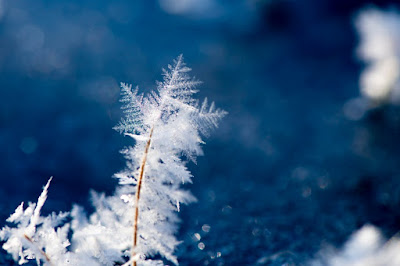 “She could not fathom the hexagonal miracle of snowflakes formed from clouds, crystallized fern and feather that tumble down to light on a coat sleeve, white stars melting even as they strike. How did such force and beauty come to be in something so small and fleeting and unknowable? You did not have to understand miracles to believe in them, and in fact Mabel had come to suspect the opposite.”

Hey, look! A setting that actually exists. (I know, I know. Airplanes exist too.)

I’m not usually much for the cold, but the author describes Alaska in such a way that makes winter sound beautiful and cruel, mysterious and terrible. Even without reading the author’s biography, I could tell she lived there.

While it’s one of my lifelong dreams to one day see the Northern Lights, and they make an appearance in the book, they’re not the main feature. There are the first snow of winter and the frozen river, the mountains and the animals, the solitude and the local community.

Then there’s the whole magical realism element of The Snow Child that left me wondering whether the snow child herself wasn’t a part of the Alaskan wilderness.

Book reviews: A Conspiracy of Stars, The Snow Child, and The Scorpio Races