I received an advanced reader copy in exchange for an honest review. I want to thank the Phoenix Fiction Writers for their anthology and for helping me practice how to properly spell the word “antiheroes.” (Nailed it!) All opinions are my own.

As this book is not a traditional novel but rather a short story anthology, I found myself confronted with the unique pursuit that was writing a review. With so many different authors and stories, it hardly seems adequate to evaluate one story based on another. So, I thought I’d break up my review in a similar fashion to the short stories with mini reviews and a precursor review of the book as a whole. 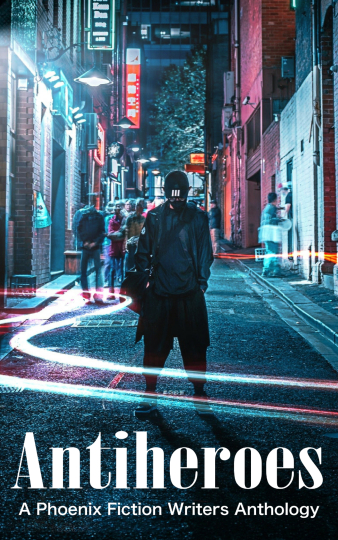 Some of the stories work well as stand alone narratives, referencing but not depending on other novels, other stories are a little harder for me to grasp. Overall, the fantasy stories made more sense, not that the science fiction ones were bad. I’m just saying that, as independent stories with unique world building and character development, the fantasy ones worked better for me. 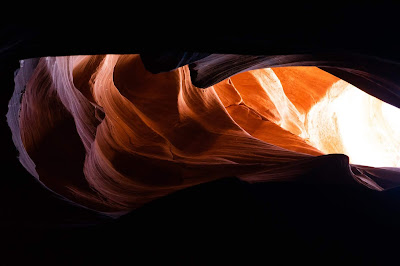 “The Wolf at the Door” by Kyle Robert Shultz

“Don’t read this. Don’t look at a single word past this introduction.”

I’m sorry to say I followed the advice, at least for a few minutes. I was sitting at my computer when I first downloaded the e-book, then moved to my bed for more comfortable reading. Author of the Beaumont and Beasley series, Shultz is brilliant at writing fairy tale retellings. Though this story references characters from the series, it can be understood and read on its own.

Reminiscent of the tale of Red Riding Hood, the story follows one Wilhelmina Grimm to a village in the woods. And that ending, though! I definitely didn’t expect that.

“Quila turned away. ‘I would rather starve than live on the blood of innocents.’”

I don’t usually read stories about vampires, but wow! That one was good.

I was first introduced to Heath’s writing by her short story “Skies of Dripping Gold”, and I’ve been hooked on her stories ever since. Her themes are amazing. Yes, even in a story told from the perspective of an antihero who harvests blood for her people. Creepy. *shudders*

My only question: is it plausible to harvest blood from a person after they’re dead without compromising the blood? I mean, sure, it’s a story about vampires, but still.

“The Word Thrower” by Beth Wangler

“Words are sharp; wield them kindly.”

Several of Wangler’s books are on my TBR list, but I haven’t read much more than her short stories. While I may not have much to compare Wangler’s work to (yet), I still enjoyed this story and the way it explores how words have power and how they might have even more power if certain people have the ability to speak and have their words become reality.

I’m still not sure whether or not Dax counts as an antihero, though. I mean, I’m pretty sure I get what the author is going for, but still. *shrugs*

“The Astounding Mortal Peril of Denna Dorwen” by Nate Philbrick

“When six o’clock tea-time settled over the Dragon Tooth Curiosity Shop, Denna Dorwen found herself suspended by the blouse from a peg on the wall, contemplating her own imminent doom.”

Well that was entertaining! I was first introduced to Philbrick’s work when I read his novel Where the Woods Grow Wild, a light-hearted fantasy adventure with great characters. Philbrick doesn’t disappoint with this short story, either. His writing style is witty and entrancing, and the plot twists took me by surprise. Seriously, I should have seen that coming!

The only thing is that I’m not sure whether to root for Denna or not. I’m leaning toward not. Antiheroes are so complicated. 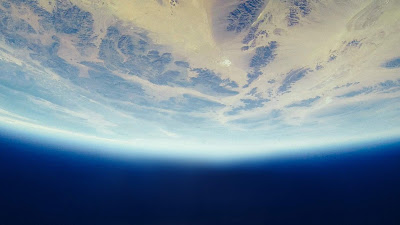 I’m sorry to say I don’t remember this one very much. I like the idea that Koya seems to be some sort of cyborg with some pretty cool abilities, but nobody seems to view his physical appearance in a positive light. That and he doesn’t seem to take a very active role in his own story. The story ended on a sort of cliffhanger, though, so perhaps there’s more to be told.

This story is about a balance between logic and emotion, human and artificial intelligence. I liked the uniqueness of the writing style. Though it threw me off at first, I came to appreciate it more as the story went on. And the narrative introduced me to some terms I hadn’t understood before.

I’m not sure I fully understand this story. There were organizations I’m quite sure what their purpose was, much less what their acronyms stand for. Perhaps it’s meant to be a part of another novel I haven’t read?

“I may not be religious, but I think my mother would have said that no scientific procedure can remove a man’s soul; he has to give it up willingly. And I’m not gonna do that.”

I had read one of Dawson’s novels before and didn’t care for it, but her short story in this anthology had to be my favorite in the sci-fi category. The plot follows Danny, a government agent with enhanced abilities known as a Striker, as he goes rouge and embarks on a self-imposed mission of vengeance. With stellar world building (pun intended), well-developed characters, and thought-provoking themes, this story is everything I enjoy about sci-fi.

My only complaint is the cliffhanger. I need more!

In all, I gave the Antiheroes anthology 4/5 stars for some great stories and some confusing ones, some heroic actions and some less than heroic. But hey, we’re talking about antiheroes here. Whoever asked for perfection? I’d recommend this anthology to readers of science fiction and fantasy looking for some interesting and thought-provoking stories.

Interested in Antiheroes? Have you read it yet? You might also enjoy these books: Colors of Fear by Hannah Heath, The Beast of Talesend by Kyle Robert Shultz, and Where the Woods Grow Wild by Nate Philbrick.

Let’s chat! Has Antiheroes made it to your to-be-read list yet? Have you read it yet? Have any fantasy/sci-fi anthology recommendations?