Now before anybody starts freaking out about or praising my “politically correct” title, allow me to clarify: I will not just be talking about Christmas stories but also about stories set in specific seasons whether it be Christmas or All Saints Day (Nov. 1, DE), the Fourth of July (US) or Guy Fawkes Day (Nov. 5, UK). However, I will be focusing a lot on Christmas stories for my examples because the holiday is nearly upon us, but these tips can apply to various holidays. 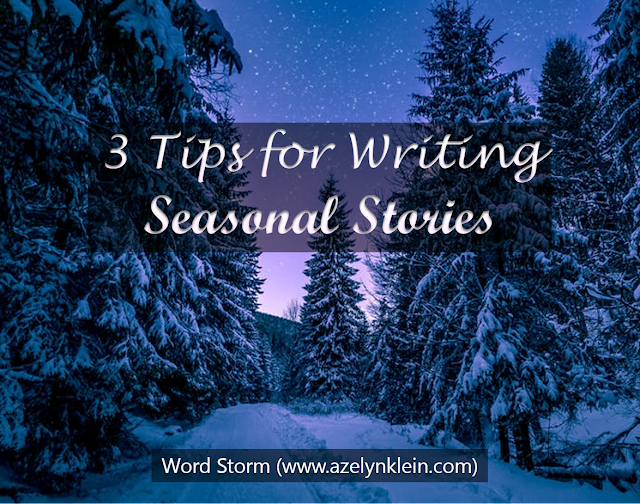 1) Consider the Literature Written about that Season

Ask yourself what are the themes that are usually connected with this season? What do the settings look like? What makes the literature worthwhile? How can I write something unique?

When it comes to Christmas stories, I don’t necessarily enjoy ones filled with white Christmases (I’ve never had one) and mistletoe (not a romance fan either), but I do enjoy narratives with realistic characters and great themes.

A Christmas Carol and It’s a Wonderful Life are among my favorite Christmas movies because they’re not your typical everything-is-perfect Christmas stories. I wonder what Charles Dickens was thinking when he wrote his famous book. “You know what Christmas stories really need? How about a stuffy businessman, ghosts, and death?” It’s a Wonderful Life, on the other hand, hardly takes place during Christmastime at all. Not really. And it’s a story about a man contemplating suicide. Merry Christmas—here’s more death (potentially).

Yet both stories have been considered classics for years. Why? Because in light of darkness, they offer hope.

Christmas is a time about love and hope, certainly. But that doesn’t mean the day is exempt from tragedy. During WWI, troops on both the German and British ceased fighting to celebrate Christmas Day only to resume fighting the next. When I was a kid, my dad was deployed in Afghanistan, and we got to meet up with him for Christmas, only to have him go back after a week. Another time, when I was a teenager, my dad was the on-call duty chaplain, meaning he had to carry a government cell phone with him and be ready to respond to any emergencies regarding the military—and he had to go counsel the wife of a service member who committed suicide on Christmas morning.

Even Mary and Joseph fled with young Jesus because King Herod was trying to kill him and massacring the toddlers and infants in Bethlehem.

“Since it is so likely that (children) will meet cruel enemies, let them at least have heard of brave knights and heroic courage. Otherwise you are making their destiny not brighter but darker.”—C. S. Lewis

3) Get Ready to Write Outside the Season

Perhaps one of my favorite facts about It’s a Wonderful Life is that the film was shot during the summer and that the actors were sweating wearing winter coats.

Writing is similar. If you can write, edit, pitch, edit again and again and again and publish and market a Christmas story before the Eve, HOW? Marketing itself is a long process, and even the fastest writers and editors are dependent on an attentive audience. While you can write a certain story during its set season, it’s not practical to only write then.

When I started writing “The List”, I was listening to Christmas music for inspiration in July 2014. Submissions for Splickety ran from August to September, and most of my edits took place during October/November. Though the magazine released December 5, I didn’t receive my author copies until January 2015. All that for a 1,000-word story.

If you’re going to write about a particular season, prepare to be focused on it for a while, even longer than the season itself lasts.

There you have it. And because I’m not politically correct… 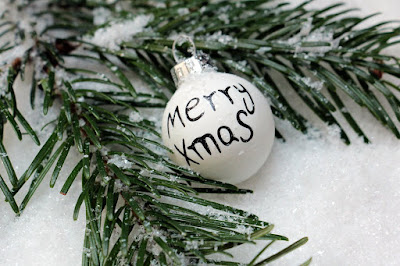 Let’s chat! What are some of your favorite Christmas stories? Do you have any tips for writing stories about certain seasons?

Film & Literary references: Charles Dickens’s A Christmas Carol, It’s a Wonderful Life, and the Holy Bible
Posted by Azelyn Klein at 10:00 AM