You Don't Need a Typewriter to be a Writer

I’m only an aspiring writer because I haven’t published anything yet.

I’m not a writer because I don’t write every day.

I’m not a real author because I’ve only indie published.

I’m not a successful author because I didn’t achieve best seller status by age twenty.

I’m not a good writer because I don’t handwrite everything.

I’m not an eccentric writer because, like the kid in the third row, I didn’t bring my typewriter to take notes on the lecture. (Yes, this one happened once. Life is weird. I love it!)

Not. Not. Not. Not. Not. Unless we’re writing for sailors, sewers, horseback riders, desperate Baudelaires, or whoever else needs knots, can we please just agree to stop dragging ourselves down? This post is for my fellow writers who struggle with impostor syndrome. Caution: inspiration and satire lie ahead. 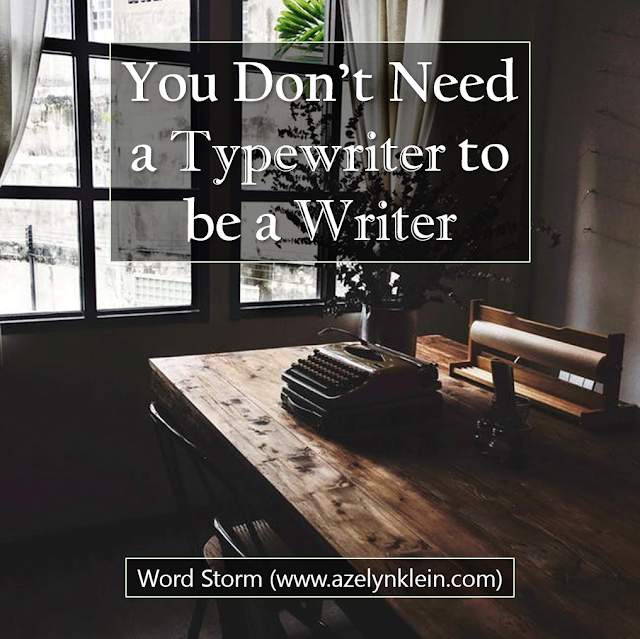 Find what works for you.

Last year in particular, I set out to write another novel. No surprise there. But I thought, “I’m going to be a real writer this year and handwrite the whole thing. I don’t need to rely on my computer or typing skills when I have the old pen and paper, the tools of a real writer.” So I grabbed one of my empty notebooks, got well over halfway through and… I still haven’t finished the thing.

Actually, as I type this post, I plan to pick up writing the novel where I left off, but on my computer instead. While I claimed my main motivation while handwriting the book was so that I could type it up again word for word (which might help me catch more mistakes) a small part of me actually wanted to have handwritten an entire book. And I’m not saying I never will. It’s just not working for me at this time.

When it comes to writing, find what works for you.

I like to experiment. It took me several years to find out what type of novel outline I like, and this was from taking some advice and coming up with techniques of my own.

“Everybody is a genius. But if you judge a fish by its ability to climb a tree, it will live its whole life believing that it is stupid.” —Albert Einstein 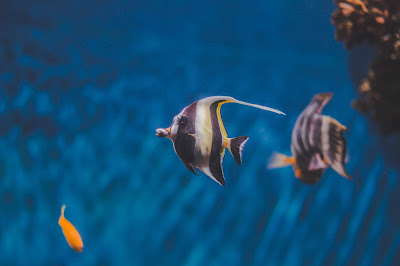 Whether you’re published or not, claim your title. I’ve published before, but I still like to call myself a writer. It’s more fun.

A couple years ago, a dear friend of mine once told me that because she didn’t write as much as I did, she wasn’t a writer. Never mind we took a creative writing class together, she has a blog of her own, and we have a Google doc dedicated to editing each other’s recent work. More recently, she wrote in a post how she’s finally claimed the title of writer.

Say it loud, and say it proud. I like to picture myself like Hiccup right after he took down Toothless and is trying to convince the dragon and himself that he’s a Viking. Except instead of Viking I say writer. (Unless of course, you are a Viking, in which case you’re probably also a time traveler. Would you mind giving me a ride back to 1942?)

I am a writer!

Write and publish in your own time.

Ever since the second grade, I knew I wanted to be an author. When I was twelve, I first heard about the success of Christopher Paolini, who wrote Eragon when he was fifteen, published when he was twenty, and quickly achieved best-seller status. So I set out to write and publish just like that.

Life, however, turned out differently. Though I finished my first novel-length story when I was twelve and continued to write many subsequent stories, I didn’t publish anything of novel length until I was twenty-two. And that was a completely different work than my first piece. Who knows if any of my published stories will achieve best-seller status?

I know I’m probably not the best example, so I’ll mention J. R. R. Tolkien as well. He didn’t publish The Hobbit until he was 45, and many of his protagonists are in their fifties or older.

You don’t need to handwrite a book with a regular pen or a quill pen to be a real writer. You can just write. You don’t have to use NaNoWriMo as motivation to finish your novel. Just finish it. You don’t have to publish before age twenty to be successful. Publish when you can. But if you do any of those things, that’s great too!

Let’s chat! Do you ever struggle with impostor syndrome? What are some of the ways you get past it?

Similar posts: Do what YOU Enjoy, 6 Things I Wish I Knew Before I Got Published, and Why Writers Should Study Their Craft

Film references: How to Train Your Dragon
Posted by Azelyn Klein at 10:00 AM