Happy New Year, everybody! Can you believe it’s 2016 already? This year, I’ve decided to collaborate more with my fellow writers. To kick off the New Year, I’ve asked three writers to help me come up with a list of writing prompts for this year. These are meant for inspiration rather than a challenge to write every single one. Please check out the writer websites too and show them your support! The prompts are organized in alphabetical order of last names not in order of importance. 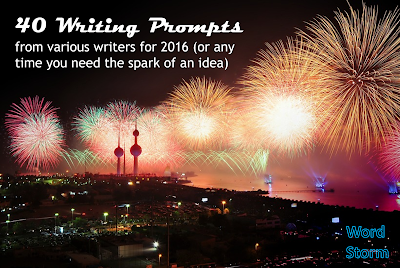 Azelyn Klein
“That’s me by the way. Hello.” *waves*

I hope you’re feeling inspired for this new year! Feel free to use any of the prompts and comment below with prompts of your own or the opening of your story.
Posted by Azelyn Klein at 11:00 AM