Bury Me: A Poem

I’ve been meaning to write more travel poetry, considering how many places I’ve seen, so this month’s poem focuses on cathedrals, but it also concerns death and writers. This summer, I had the privilege of going back to London, this time with one of my best friends and fellow writers, Faith Boggus. On this particular trip, we saw many places I hadn’t been to before, including Westminster Abbey.


Not only is it the famous designated cathedral for crowning monarchs, but it’s also the resting place of over two-thousand famous persons from kings and queens to scientists and people whose stones have been tread on so much nobody can decipher the names anymore. Perhaps the section that stands out most in my mind is Poets’ Corner, the section where many famous writers have been buried who were influential throughout English Literature.


As I’ve traveled throughout Europe, I’ve found that no two churches are the same, no matter what anybody else says. Even buildings similar in architecture cannot have the same frescos or people buried in the floor. Yes, they have buried people in the floor. And if you think that’s more disturbing than a cemetery, the Sedlec Ossuary (Prague, Czech Republic) has decorations made of hundreds of human bones. It’s definitely something I will never forget. 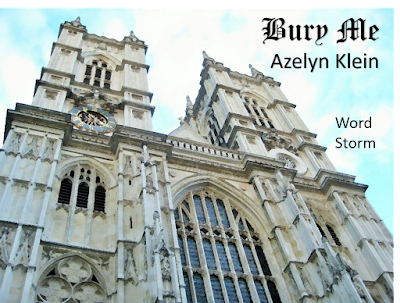 
I’m surrounded by a forest of words,
these weathered leaves and bleeding ink
sticky as pine sap, with branches from Geoffrey Chaucer
to Arthur Conan Doyle stretching to the sky.


Don’t ask me why I find comfort
among the dead words, written on forest green and jet-black spines,
the tombstones of authors lined up on a shelf.
Their eulogies are in their lasting words,
coming to life and dancing across the attic of my mind,
sweeping away cobwebs of boredom and dust from life’s stress,
unpacking emotions, thoughts, and dreams I never knew I had.
Read me a story, mommy. That child buries her nose in a book
when she should be making friends. If worms eat up the decay of earth,
what are full-grown bookworms, devouring leaf after leaf?

I set foot in a gray abbey, each step echoing across the halls
of time. Nobody told me the place was a tomb.
The hall of kings and queens, ancestors and forgotten names—
their tombstones worn on the floor from countless feet—
poets survived by words. I’ve gasped at rows of books,
but never before have I been surrounded by rows of dead authors.


My search for Lewis’ plaque discovered Chaucer,
Eliot, Dryden. I stopped before Spenser and Milton,
marveling how life is oft’ separated by generations,
but in death two poets are separated by stone a book’s width.
Poor Dickens denied his last request;
my friend was standing on his grave.
I passed over countless corpses under the floor—
would that I could recall their names,
but I’m awful with remembering the names of the living.


Weeks ago, I jokingly told my mother
that should I die before I turn twenty-five
burn me like the Vikings of old.
Forget a sorry cremation when I’m ground to dust,
but give me a pyre fit for a book burning.
But in all seriousness, I’d rather rest
under the green leaves of a willow.
Let the trees weep and do not cry—
I’ll let my tombstone etch a weathered lullaby,
drowned in rain and washed away—
Do not cry. We all must die.

Let’s chat. What’s the most sobering place you’ve ever visited? Which author(s), living or dead would you like to meet/have met?
Posted by Azelyn Klein at 10:00 AM