It’s October! That time of the year again where the fog is creeping up the hills and it’s getting dark earlier and earlier, day-by-day. When it comes to horror stories, readers may wonder what on earth writers may be afraid of. After all, don’t they write villains who make your skin crawl or stories that keep you up at night? Turns out, there’s quite a few things that writers are afraid of from forgetting to back up a story right before the computer crashes to 1-star book reviews. *shudders* Writers, ye be warned.


Caution: extreme irony. This post is not meant to be taken 100% seriously. 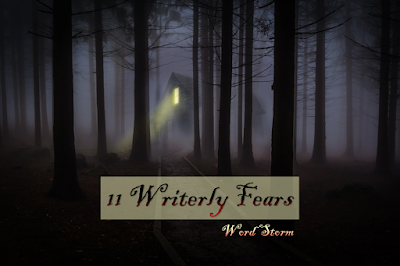 It’s not just red ink that can end up on manuscripts. Papercuts are deadly occurrences when your story strikes back that can leave your fingers stinging for days. The pen is mightier than the sword, especially when you use that pen to write, cut yourself on the soft paper, get some obscure infection, and die. Use antibiotics, people! Hand sanitizer stains are just as acceptable as coffee stains on your manuscript since they both ward of death—death to your body and death to your creativity.

My first encounter with trouble writing came in the form of writer’s block, and it still comes and goes. For an entire summer, I didn’t know where I was going with my stories. This past summer, I didn’t know which story I would pick next because I was enjoying my current one so much. And while I may not be recovering from writer’s block at the moment, there may be a time when I get stuck again. And again.


But that’s when you keep going and keep writing. And pray you don’t overheat your computer on your lap or fry it by plugging it into the wall in some foreign country.

Whether it’s to a house fire, a crashed computer, or an unsaved file, losing a bit of your writing can be devastating. All that hard work you put into a story, hours, months, years just gone. Remember to backup, backup, backup. Use a thumb drive or a backup hard drive or both. Open a safety deposit box to store all your completed manuscripts or put it on the cloud.


I’m paranoid that people may even steal my stories (which is silly considering how rough some are), so I shred every scrap instead of simply throwing it away. Perhaps it’s ridiculous, but yes, I would be that person to run back into the house to save my stories. Last year when our apartment complex caught fire, I grabbed my backup hard drive.

It’s a tragedy when the pantry is all out of your favorite beverage or snack. How else are you supposed to bribe motivate yourself to keep writing? I haven’t actually run into this problem yet, but if I were somehow wake up one morning without my favorite tea or coffee grounds available, I would probably walk around in a daze like a zombie. Or just curl up in bed and accomplish nothing like a slug. But where’s the fun in that? Solution: coffee keeps the zombie apocalypse at bay!


7) Getting your book made into a movie.

I’m just kidding. All writers dream of seeing their pretty little words made into a film that cuts out half of the important details, messes up your favorite plot twists, and butchers the characters and their development. Your welcome. But seriously, I still dream of a Lord of the Rings quality version of my story in film…

Particularly the ones you hold dear. Oh, I like this character. He/she could be my best friend. What a beautiful line. Wait… did he just die? *insert melodramatic Darth Vader* NOOOOOO! 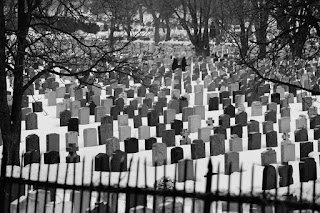 Seriously though, don’t get attached. Just don’t do it. Fine, you can get attached to characters, but be prepared to say goodbye.


In a way, it’s worse if you’re a writer, knowing you’re going to kill somebody off. Or they just surprise you and randomly die. The anticipation of such scenes is awful, and I always hate myself for writing them. How could I be so cruel to my characters and my readers? It’s just the story, right?


5) People not reading your story.

Perhaps another fear of writers is shouting into the void. Hello? Is it echoing in here, or is it just me? Sometimes I wonder if anybody will ever read my stories or my blog posts. But then I get a nice little comment, or somebody will say something to me in person about some of my work.

No, seriously. It may seem contradictory, but it’s true. Correction: as I writer, I’m afraid of negative feedback, which gets overanalyzed by my brain. What if readers hate my story? Or worse, what if they sort of liked it, but it didn’t live up to its full potential? What if readers want to hunt me down and try to burn me at the stake? Okay, so it’s a little overdramatic, but sometimes, the mere idea of feedback becomes dreadful. This is why querying literary agents is scary. And reading in front of audiences. And just daring to write at all.

And even if you are in the mood to write, there’s never enough time. People demand your attention when you’re in the zone, and eventually you’re going to die, maybe with that one last story you were planning on writing but never got a chance to. Thanks a lot, death.


But even if I happen to live a long, healthy life, I might not get the chance to write that one story. Or maybe I’ll never have the courage to do so. Or the knowledge of the subject. Or maybe I’ll get some sort of amnesia that prevents me from ever finishing a story.

Wait, I thought this would be exciting? Well, yes and no. If you’re like me and have a tendency to write fantasy, complete with heroes and villains, meeting half your characters might end up looking something like Inkheart. It’s been ages since I read the book, but I remember the scene from the movie where Fenoglio, the author within the story, is held at knifepoint by the characters read out of his own book. But Fenoglio, being the ecstatic writer he is, instead of being intimidated exclaims, “Look, it’s Basta!”


I’d like to think that meeting my own characters would be a little frightening. Then again, I could be excited. The world may never know… 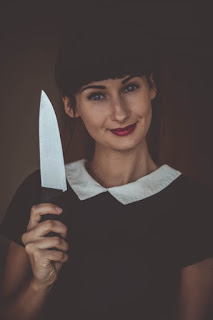 Anybody who’s read the Stephen King novel Misery, seen the movie, or heard of it know’s what I’m talking about. Not just some happy-go-lucky fan, Annie Wilkes is more like a stalker who kidnaps an author and forces him to write another book. If there’s anything scarier than bad book reviews or rejection letters, it’s obsessive fans who are determined to get their happy endings even if it means the writer never gets one.


But despite all our fears, we writers must get out there and write. How else are we supposed to deal with this frightening world? And by get out there, it’s totally fine to write away in the safety of your room. Or near safety. You never know when some natural disaster may strike…

Let’s chat! Writers, what’s your biggest writing fear? How would you rank your fears? Have there ever been any instances where your worst writing fear came true?