College is full of memorable experiences. I remember one particular day when I was sitting in senior seminar, a prep class for graduating students in the Humanities Department, when two of my friends got into a debate about literature. While it may not sound atypical, this particular topic got heated quite quickly. One of my friends argued for the importance of teaching classical literature, like Shakespeare, and the other argued that contemporary novels, like young adult fiction, would become the new classics.

Although the debate quickly became passionate, the two made it up to each other before the end of the semester. Another of my friends even wrote a play for creative writing based off the encounter. The main problem I had while listening to it all was that I agreed with both of them. I’m a classicist in that I like sitting down with a book that challenges me intellectually. But I’m also a fangirl who enjoys books that make me laugh, cry, and want to throw the book against the wall. 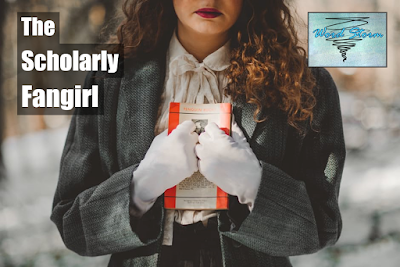 Once upon a time, I didn’t like Shakespeare. He’s seen as the patriarch of English literature and the standard for most writers to ascribe too. I wondered, how can anybody live up to such a title? And how could one person have so much influence over literature while other writers are considered lesser?

Eventually, over the course of my undergraduate, I came to appreciate and enjoy Shakespeare’s plays and poetry, though I still don’t consider him the greatest writer known to mankind. I even came to have favorite plays, having written a paper on As You Like It. Throughout my college career, I came to learn a lot about my reading preferences.

The intellectual in me thoroughly enjoys studying literature, especially if it’s more difficult to read. I like discussions about literary tropes and trends in styles. In fact, that’s one of the reasons I started this blog—to express my thoughts on books and encourage discussions. I like to learn, to expand my mind, to grow. Reading challenging literature does just that.

When I was studying for my M.A. in English Literature, I spent a lot of time studying Middle English (think Shakespeare). A. LOT. So much so that when I decided to watch The Hollow Crown: War of the Roses for FUN. Part of the way through Henry VI, Part 1, I found that I could understand nearly everything they were saying. When I first started reading Shakespeare’s plays, I had to look up everything on SparkNotes and really analyze the text. Now I have little problem with it.

That doesn’t mean I don’t have difficulties. I still have to study the plot and characters to fully grasp them. Sure, sometimes I even have to look up some of the lesser-known phrases. But I find hearing language or reading the text presents few challenges. And understanding, whether historical or linguistic, makes literature far more enjoyable.

Perhaps that’s what it means to be a master at something: overcoming learning challenges to discover how to enjoy a text.

I mean, can a scholar really enjoy studying a Hamlet with the same relish as a teenager fangirls over The Hunger Games?

While the response towards the text may be different, there’s no rule saying that scholars can’t enjoy their work. I never would have pursued a degree in English literature if I didn’t enjoy reading it. Of course, literature often makes me think, but there are some instances when it makes me feel too, and more than just boredom. Richard III, A Modest Proposal, and The Telltale Heart made me shudder.

On the other hand, there are times when I’m tired from a long day, or a long semester, and I want to be swept away by a story instead of being encouraged to think. It’s these moments when the fangirl in me will pick up a young adult novel and connect with the characters and the story.

But that isn’t to say that I don’t learn. Sometimes a story will have a particularly interesting writing style or character development that I’ll note for my own writing. Or a story’s theme may inspire or challenge me. Or maybe a novel just moved me with every single aspect—the plot, the characters, the voice, the research, the theme—that I want to rush out and by myself a copy if I don’t already have one.

These types of books tend to be commercial instead of literary. But that isn’t to say that they don’t have literary value. A book that brings me to tears—or close to it—while it may not have the heavy descriptions typical of “literary” books, can still impress value through theme or other details.

The Book Thief (historical fiction) is classified as young adult, but it’s also poetically profound with the way it values life and friendships.

Illuminae (sci-fi) is another YA novel but with a unique writing style, told through chats, video feeds, and AI data. But the dedication of the characters towards the pursuit and exposure of the truth is astounding.

Inkheart (fantasy), the start of a YA trilogy, explores the importance of place and the value of words.

Now that I’ve finished my schooling in English and literature, I’ve started picking up books like Moby-Dick because I can’t resist a good intellectual challenge. But that’s not to say that I don’t enjoy YA books. I’ve read perhaps ten while I’m in the process of getting through this whale-obsessed narrative/study. Next time, I may pick up a less dense classic.

Until then, I will push through.

And just because I’m not technically a young adult (ages 13-18), doesn’t mean I will stop reading and writing YA.

As an intellectual, I will learn about cultures and histories, languages and sciences.

As a fangirl, I will laugh and stress with characters, turning pages late into the night.

Of course, the best books—whether classic or contemporary—encourage both.

Related posts: Escaping Fiction, The Greatest Literary Thieves, and The Power of Fiction


Do you consider yourself more of a scholar or a fangirl? What’s your favorite genre? Why?
Posted by Azelyn Klein at 10:00 AM