The Horror in Fiction

Once upon a summer, our neighbor’s apartment caught fire.

I woke up as usual and was just about to get dressed when the fire alarm went off. Seeing as another neighbor tended to burn his meals a lot, a certain somebody told me to ignore it. So I got dressed. That’s when the certain somebody rushed back into my room saying, “There’s a real fire! Why aren’t you outside yet?!”

So I snatched up my backup hard drive and my library book, a signed copy of The Fault in Our Stars, and headed outside. Turns out one of the neighbors had left their fan on and it caught on fire. You know it’s hot when the fans go on strike and spontaneously combust. The fire department took care of the fire, and only the neighbor’s apartment suffered from smoke damage and a broken window. (Thank you, fire department.)

The whole incident got me thinking. I was glad I’d grabbed my hard drive and my library book, but what would have happened if the fire had spread to our apartment? What would I have done if I found myself faced with a fire and could only save a handful of books? Would I even think to do so before it was too late? It makes for a good story, sure, but I certainly wouldn’t want to relive it let alone find myself faced with a life and death situation like in Fahrenheit 451.

What is it about the horror in fiction that we find so attractive? 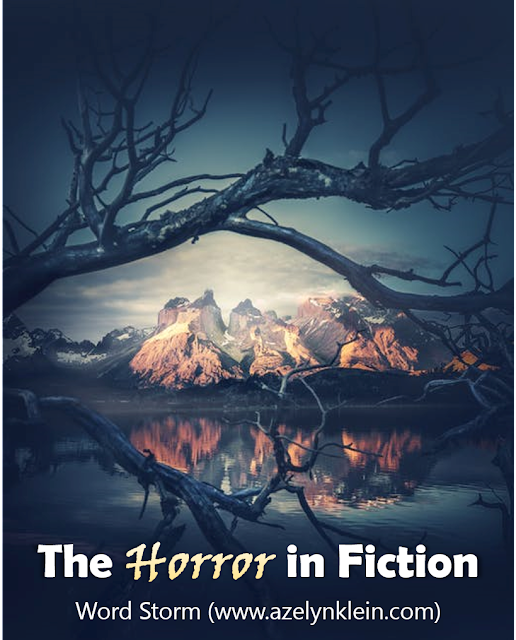 There are many types of horror when it comes to fiction, from suspenseful stories to the horror genre. I don’t typically watch horror movies, let alone read horror books, but every now and then I come across such a book in one of my other preferred genres and it creeps me out. Yet I read it to the end.

Here are just a few elements concerning horror in fiction. Though I’ve picked certain categories and given example books, the categories are not strict and often overlap.

Like the true and somehow fortunate story above, some stories are more suspenseful than horrific, as long as we’re reading them that is. Living them would be another matter entirely. Let’s face it, bookworms, more often than not, I’d rather read suspenseful stories than live one. Who’s with me? In this sense, readers are like Bilbo Baggins when he first turned down an adventure with Gandalf:

“Sorry! I don’t want any adventures, thank you. Not Today. Good morning! But please come to tea—any time you like! Why not tomorrow? Good bye!” 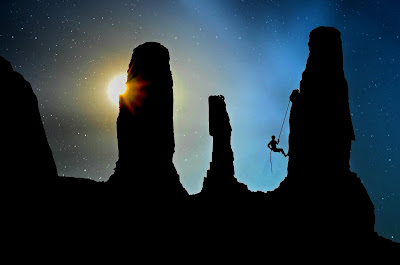 Yet when it comes to reading fiction, a lack of suspense often leads to books that are labeled “boring.” As long as it’s not happening to us right here, right now, suspense can be enticing. I found this to be the case when I recently listened to Stardust by Neil Gaiman. Though I knew how it ended, having read the book and seen the movie adaption before, I was still captivated by the perils that Tristran had to face as he sought a star and evaded a witch.

I’m not about to go and check out It from the library (Clowns? So thanks! But no. I think I’m good to go.). But I have considered reading Misery, a story where an author is held hostage by an obsessive fan and forced to write a new book.

Unlike suspense, the creep factor isn’t so much of a hook. If anything, it’s a thrill factor. While some people go skydiving or watch a creepy movie, bookworms ready creepy books. Sometimes. But not at night. Definitely not alone. Or so readers claim…

Actually, I think the creepiest books I ever read were after the sun had set. The first book I ever remember genuinely creeping me out had to be This Present Darkness in which the author, Peretti, imagines what it might be like for angels and demons to interact with society today. And by today, I mean the 80’s. Today-ish. Despite being horrified by the book, fourteen-year-old me was fascinated by the story.

Fast forward several years, and I picked Jonathan Strange & Mr Norrell while studying for my M.A. Quite the contrast to the Christian fiction I used to read in high school, this book dealt more with magicians than religion and more with the Fae than supernatural beings. While maybe not nearly as creepy as the former, I still found the book fairly creepy, though I still liked it for its imaginative writing style and cautionary tale about the dangers of arrogance and misery.

One of my favorite picture books from my childhood was simultaneously entertaining and grotesque. My first book on con artists, The Roly-Poly Spider, was basically a story about a spider who goes about befriending various bugs and then eating them. Talk about morbid. I must have been a demented child for reading this book so much, let alone remembering it. Yet it’s also a story about the brutality of nature. You might even say it’s a cautionary tale about trusting strangers. 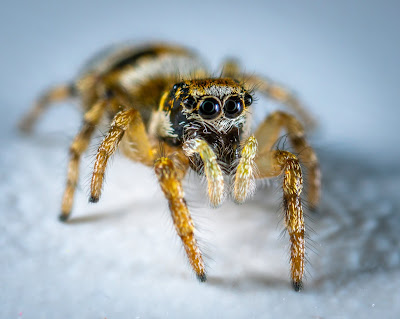 Anybody who’s asked for a fantasy book recommendation will often hear me talk about The Scorpio Races. It’s all fun and games until I start describing it: it’s a beautiful fantasy story with two brilliantly-written points of views, an island by the sea, horse races, and oh—don’t forget the bloodthirsty horses who will EAT YOU.

Yeah, sorry. I can’t find an explanation for why anybody would like a grotesque story. Let’s go with the cautionary bit. Don’t try this at home, kids.

I’m not for books that advocate for violence or abuse, but I do, on occasion, read a story or two that addresses such issues. If handled well, a book focused on a terrible topic can actually be a good story.

Take To Kill a Mockingbird for example. It’s a pleasant book about a tomgirl growing up and becoming a woman, right? Well, yes, but it’s much more than that. It’s also a tale about racism and murder. Just saying. Then there’s the recently published Blood Water Paint by Joy McCullough. I almost stopped reading it—it was that intense. I stuck with the story, and I’m glad I did. The subject matter may be rough, but it may also be important to know so we can do something about it in our society today.

Books aren’t just happy stories. (I won’t say books aren’t fairytales because fairytales hardly ever end well.) Sometimes books are full of heartbreak. Sometimes they’re creepy or even horrific. While readers have to be careful not to become too entrenched in one concept or the other, they’re still important to read.

Reading to me is a learning experience, a way to communicate and how readers respond is how they talk back.

Let’s chat! What are some suspenseful books you enjoyed? How about creepy ones? Violent? Horrible? What’s your stance on the horror in fiction?

Give your feedback. Would you take a minute to answer my reader-feedback survey? (Estimated completion time: 1 minute)

Create your own user feedback survey

Similar posts: Controversy in Fiction: Monsters, 11 Writerly Fears, and No Story is Perfect