At work a couple weeks ago, I heard about the comet NEOWISE. Discovered back in March, this beauty will not pass within visible range for the next 6,800 years. While I could just use my time machine to jump ahead to the next sighting, I thought I’d try to spot it before it went away this time.

Unfortunately, the cloud cover made it almost impossible. For days on end, it we had thunderstorms and cloud cover that rolled in at night. It wasn’t until the last day, July 23, that I saw a break in the clouds around the Northwest where Ursa Major and its more well-known asterism, the Big Dipper, were supposed to show up. I used a compass and a star app. Thank God for modern technology!

I set up my telescope, and I waited. The sun set trailing brilliant colors on the remaining clouds, and I waited some more. I waited for the stars to come out, getting distracted by the occasional blink of fireflies. Then I had to reposition the telescope on the slope of the yard and hope I didn’t accidentally fall off the cliff.

When I couldn’t figure out which point of light was the comet—I couldn’t see a star with a tail—I started pointing the telescope at different stars to the left of the Big Dipper, hoping one was actually the comet. That’s when I found it. Now, the light pollution and humidity didn’t give me a great view. It looked more like a yellow star that was moving often enough that I had to adjust the telescope.

In the end, I got to see the comet, and the night inspired me to write a poem, even if the poem has little to do with comets. 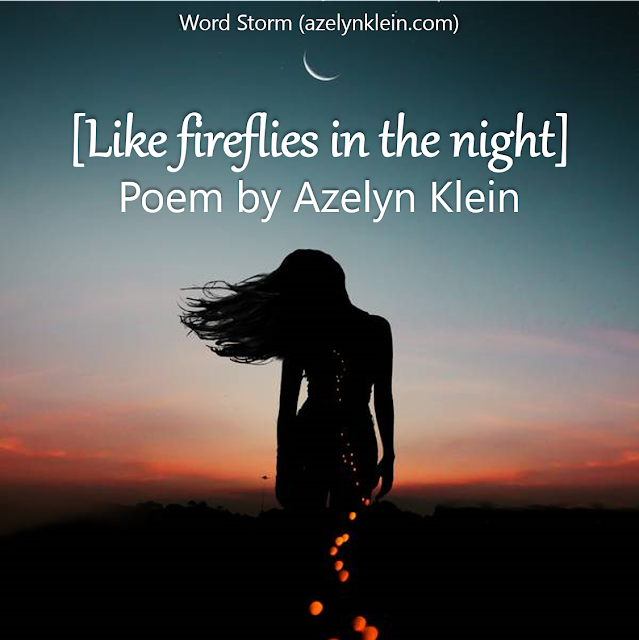 Like fireflies in the night,
I watch the sparks burn
and blink out,
dying,
drifting
down
beneath the boughs.

I wish I could feel
again
but my fingertips are numb
from this
water
and all I hear
are the screams
of cicadas.

Set the pyre ablaze
until all I hear
is the roar
of the flames licking
up
silver stars
until the ashes dance away
like fireflies in the night.

Let’s chat! What did you think of the poem? What are you passionate about?