“‘Uniformity is not unity. Silence is not peace.’”

Wow, just smack society in the face, why don’t you? Too often we see globalism’s attempt to erase culture in the name of peace. I think we need to read that again: “‘Uniformity is not unity. Silence is not peace.’” 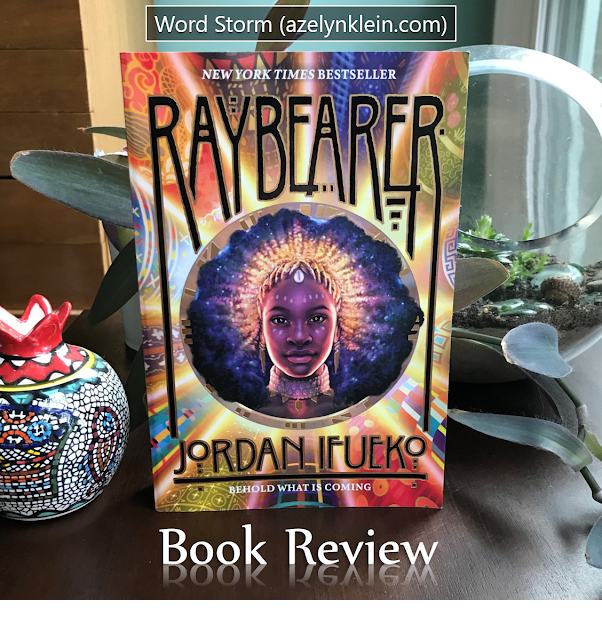 For someone who has often struggled to get into young adult fantasy, I really enjoyed this one! The main reason I struggle with YA fantasy is because it’s often lackluster in comparison to the epic worlds and characters you see in adult fantasy. Not so with this book.
I also finished the story in about a week, which is refreshing since I didn’t had a lot of time to read at the time I was reading the book, but I didn’t want to put this one down!
Though there were a couple of times where I had a hard time connecting with Tarisai, the main character, the writing style was really good. The details were spectacular without being overwhelming, as is common with adult fantasy.

The writing style takes an untraditional approach, though the trend is becoming more common, and covers several different years of Tarisai’s life. It really showed how she grew over time, going from being naïve and wanting to please those around her to being well researched and determined to stand up for what she believes is right, even when it's not always clear.

Also, can we talk about the emphasis on culture and the dangers of continent-wide conformity? Throughout the story, readers get a taste of the disunity in an empire, but the emperor and his council keep trying to fix it in all the wrong ways, which is frustrating but typical of governments.

I enjoyed the book so much, I went out and bought a copy of my own. Now I have a wait a whole year before the sequel’s paperback edition comes out… But that doesn’t stop me from borrowing the sequel from the library!

In all, I gave Raybearer 4/5 stars for excellent themes and character development albeit some reader disconnect. I would recommend the story to anybody interested in YA fantasy. I was still in the beginning of the story when I noticed that there's going to be a sequel, and I got really excited. Even once I reached the end, I have similar sentiments.

Interested in the book? Have you read it yet? You might also enjoy these fantasy novels: Elatsoe by Darcie Little Badger, Fawkes by Nadine Brandes, The Ten Thousand Doors of January by Alix E. Harrowand, and The Beast Player by Nahoko Uehashi.

Let’s chat! Have you read Raybearer yet, or has it made it to your TBR? What are some of your favorite YA fantasies?