Talking about one’s thought process is always interesting. Some people process ideas by talking through them, others by quiet contemplation. Sometimes I’m a little bit of both. I’ll talk through a plot point when I’m stuck, but more often, I’ll mull it over to myself.

People often refer to me as a quiet person. I remember back in my undergrad, during my senior year, I gave a presentation to a class, and afterward my professor told me that was the most she had heard me speak during my entire time at college. Oh yeah, she was also my advisor. It surprised me because I saw my thoughts as being incredibly loud and had forgotten that I’m the only one who processes them.

I didn’t really discuss things in class, until I went on to study my masters. Now I’m a teacher, and I have quiet students who don’t want to break out of their shell. Here’s to the quiet thinkers. 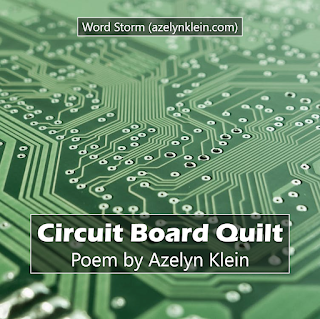 i can’t get it to stop

these pulses that go on

how do all the wires work?

amazing that somebody came up with them

and could store ideas on something so small,

the accumulation of technology

built up over time

and maybe eat lunch before 3pm

change—it’s easier to do the math in my head

when i’m thinking of money,

but honestly i miss european currency

where it wasn’t all quarters

and they actually had a twenty-cent piece,

and another coin for a pound or two euro

or maybe my mind

one on top of another

on top of another

until I can’t see the pattern

but it’s as if everything is connected

maybe i should pick up sewing again

that a man’s mind holds compartments,

boxes if you will,

one of which contains nothing—

where they simply exist

a man’s mind, who am I kidding?

my sister says she has one, a nothing box

but in my mind,

where would all the energy go?

with long stretches of no activity

i’d be lying if I didn’t agree—

but i’ve found a way to dream up stories

listening to music and humming along,

all the while ready to shuffle the cards

mid-song to have a conversation instead

i can pick up where i left off

halfway through a stich

or maybe i’ll use my stitch remover—humility tool—

and start something altogether new

Let’s chat! What did you think of the poem? What’s your thought process like?

Similar posts: Do Not Dissect This Poem, Writing a Poem, and Thoughts of Place