Welcome back to Controversy in Fiction, part 4! You can check out my previous posts: Banned Books, Censorship, and Magic by clicking on the links. Today I’m excited to share the controversies concerning feminism. Does it still exist in our society? And is it really necessary?


Disclaimer: This post may contain controversial opinions that are not necessarily the same as those of readers. While I have done my best to avoid stereotypes, some of my points are generalizations and may not apply to every situation and person. I have done my best to write objectively and mean no offense. 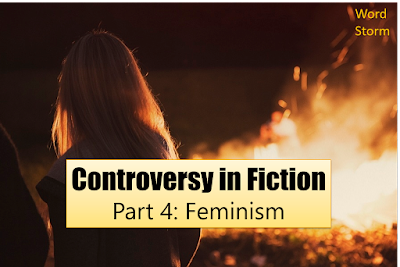 My parents have always been super supportive. I’ve always been naturally curious, and as a kid, I remember the time I asked my mom for a book on banana slugs. That’s right. Those slimy creatures that are nature’s garbage disposals were fascinating to me. I might even say adorable. The same was true for frogs, crabs, and even daddy long legs.


I only have one memory of playing with a doll. Back when I was five or so, my brother Gavin and I had this great idea to re-act the story of Moses. This was after Prince of Egypt came out. Naturally, I was the girl so I got stuck with playing the part of one of the mothers while Gavin played one of pharaoh’s soldiers. Long story short, we ripped the arm off the doll “fighting” over it. The poor toy had to go to the dolly hospital and thus ended my brief-lived doll-phase. (Come to think about it, there was another time I got a doll from a creepy Santa Claus, and all the doll’s limbs fell off, but we don’t speak of that.)


Instead of the regular girly toys, I followed my brother and his friends around, playing with sticks and pretending they were swords or lightsabers. In short, I was a tomboy. In many ways I still am, although I wouldn’t say I wish I was a boy. I am proud of being a woman.

It wasn’t until I went away to college that I started to realize some of the controversy surrounding feminism in literature and life overall. I may have been raised in a conservative background, but my mom was raised a feminist, so it was natural some of it should rub off on me. And when I say I’m a feminist, I don’t mean I’m a men-bashing feminist but rather an equal-opportunist.

I used to wonder what the big deal was and why feminism should be such a big issue in fiction. After all, we live in the 21st century where women have the right to vote, opportunity to get whatever jobs they want, and the ability to change the world. Right?


But even today, bias still exists whether we like to acknowledge it or not. Here’s just a brief look at some current issues concerning feminism in literature:

And I’m not saying they’re wrong. Writers pick pseudonyms for all sorts of reasons. Some want anonymity, preferring to use their name around friends, family, and colleagues whereas some authors names are so well known, they would have a difficult time being associated with another genre (like J. K. Rowling or Stephen King).


Other writers may even use pseudonyms or abbreviations to match the market. For example, you probably wouldn’t see a fantasy book written by a John Doe (maybe a mystery?) or William Shatner (sci-fi), but you will see fantasy written by J. R. R. Tolkien, C. S. Lewis, J. R. Larson, V. E. Schwab, and J. K. Rowling. I’m sensing a pattern here.


That’s not to say that fantasy writers can’t use their whole name, but did you know that the last three writers listed above were women? I certainly didn’t until I read their biographies. And I’m a woman. Why is it my automatic response to believe that a writer is automatically a male if I don’t know his or her first name? Could it be something ingrained in our culture, or am I in some way subconsciously biased against my own gender?

Most classical writers are men.


Of course, this is in no way an extensive list of all the famous authors. All you have to do is visit your local library or bookstore to see the names of classical writers from Greek to English to American traditions, and more. Yet overall, male writers outnumber women writers.


Notice how I didn’t say all classical writers are men, though many are. It would be a misconception to assume that all classical writers were men. Women writers in the English tradition date back to the Middle Ages, from Marie de France to Julian of Norwich to Margery Kempe. Although these writers may not be as well-known as writers like Geoffrey Chaucer (The Canterbury Tales) or Sir Thomas Malory (Morte Darthur), women’s writings have been recognized for centuries.

Stereotype #1: Women are emotional, and men are logical.
Please. My parents themselves defy this. My mom tends to be more logical when it comes to reading or watching movies, often to the point where she predicts what will happen next, and my dad’s the empath of the two of them. There’s no reason men and women can’t both have emotions. They’re both human. True, they tend to handle them differently, but it always varies from person-to-person. 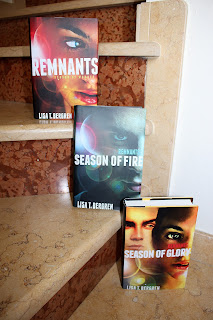 Stereotype #2: Men are stronger than women.
As for men being stronger than women, sure, it can be true to an extent. I mean, I’ve always been the
slowest of my dad and brother, whether it comes to hiking, biking, or simply walking. But after a year of biking in England, I was finally able to keep up with my dad. On the other hand, my dad’s cousin Rachel makes them both look out of shape. Whoever said that Tolkien didn’t include more female characters because they wouldn’t have been able to keep up with the members of the Fellowship was wrong.


Stereotype #3: All strength is physical.
It’s a misconception that in order for a female character to be strong, it has to be physically. Often times, characters like this are outfitted with some sort of weapon or fighting style that makes them equal if not a rival to men. That’s not to say that women can’t be strong (see above point), but not all strength is physical. Sometimes it can be mental or even spiritual.


While fiction is full of female characters who can beat a man up or lead a revolution (The Hunger Games and Blood Red Road), they’re not always relatable. I want to see more strong female characters who don’t just struggle against deranged governments but against their own negative thoughts, whether it’s a mental ailment like depression or a spiritual one like an existential crisis.


Lisa T. Bergren is a great example of an author whose characters are well-developed. In The Remnants trilogy, the main character, Andriana “Dri” is trained as a warrior, to protect herself and her friends, but she’s also an empath and struggles with opening herself up to the darkness. Bergren’s other YA series, the River of Time series portrays another excellent set of well-developed female characters who feel like actual people and are quite easy to relate to. Other great examples of well-developed female characters include but are not limited to Maerad from The Books of Pellinor, Amani from Rebel of the Sands, and Puck from The Scorpio Races. 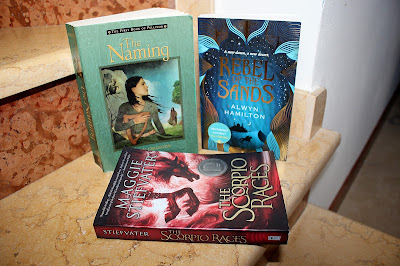 In all, the world of fiction has still come a long way over the years. According to one company in England, 48% of employees in publishing throughout the UK are women. And as far as I’ve seen, a lot of YA authors are women, from Lois Lowry (The Giver) and Lisa T. Bergren (River of Time Series) to Maggie Stiefvater (The Scorpio Races) and Rainbow Rowell (Eleanor & Park). In fact, many of my favorite contemporary authors are women. That isn’t to say that men can’t write YA, look at John Green, Rick Riordan, and Lemony Snicket.


Previously in Controversy in Fiction: Banned Books, Censorship, and Magic

Let’s chat! Who’s your favorite female writer? Your favorite female character? Do you think gender discrimination is a problem that still needs to be addressed in the publishing industry and the world of fiction?
Posted by Azelyn Klein at 10:00 AM