Military Brat: term commonly used to describe a child of a member of the armed forces, especially the air force, army, coast guard, marines, and navy. Doesn’t always refer to somebody under the age of 18. Typically lives in five or more houses (not to mention states/countries) and moves at least once every three to five years. Also answers to their name, sibling’s name, “military child,” or “ask me where I’m from one more time…”

Here are some works of fiction I’ve enjoyed for the military brats, their friends, and anybody who’s ever wondered what it’s like to move at least once every three years. 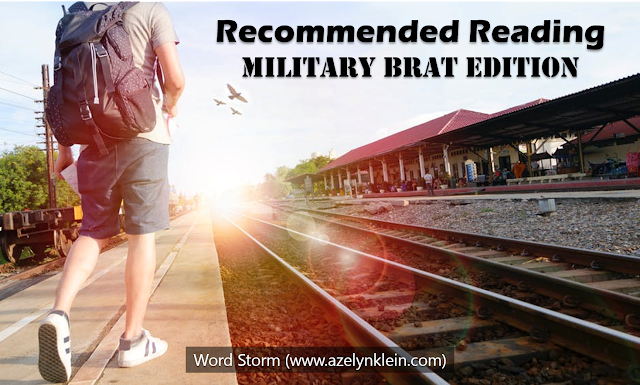 This post is not about books that accurately represent the lifestyle of the contemporary military brat. Rather, these books are a collection of books that I, as a military brat, have been able to relate to because of some element or another. I have yet to find a fictional book that actually describes this kind of lifestyle.

Books are listed in alphabetical order according to the author’s last name. 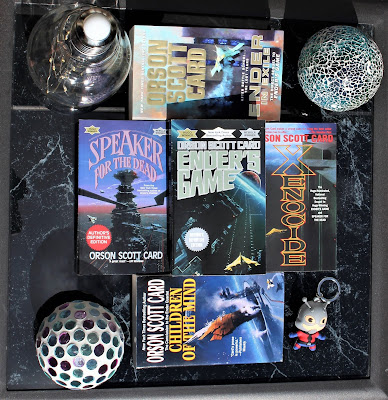 Ender’s Game is good if you want to understand military tactics and psychology more, but the rest of the series is great. I actually enjoyed the later books more than the first one. The stories go on to explore the different mindsets between different cultures and what it’s like to move from place to place, actually showing different places, and how it changes family dynamics. Ender and Valentine are close as siblings, like my own sister and I are.

A Conspiracy of Stars by Olivia A. Cole (YA sci-fi)

With the mind of a talented scientist, Octavia wants to better understand the world in which she lives and those who lived there long before humans. I particularly like the way the story explores several generations of humankind living on the planet, which is also rather odd because I usually enjoy the whole initial discovery process. I found I could relate to Octavia as I have lived in foreign countries, though unlike her, I wasn’t born in them.

This book is among the few that addresses the difficulties that come with different time zones, and not just jet lag that comes with arrival but also the continual time difference that comes with living overseas. While Ema and her parents are living with her dad’s parents in Japan, they keep in touch with her mom’s parents back in the United States. As I have spent considerable time living in Europe, I have to mentally compensate for the time differences for my friends back in the States. Hint: It’s seven hours difference between Central European Time and Central (American) Time, so I typically have to wait until noon my time before any of my friends are awake.

I relate to a lot of characters in novels in verse. This novel in particular explores what it is like for a family to move to a town where nobody quite understands them. As a military brat, I have no idea what it’s like to live in the same house for more than three years, but there are plenty of people who have never left their own state.

While my parents come from the same country and the same town, this book is great for those whose parents do not. 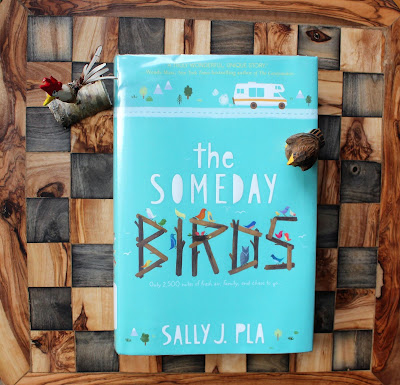 Road trip! It’s so hard to find a good road trip book. There are plenty of books that have road trips, but this one doesn’t just focus on the places, it also focuses on the characters. That and it explores the differences between sleeping at home, in a strange hotel, a stranger’s house, or in an RV. All of which I have done at one time or other on road trips of my own whenever my family moved across the country.

The Name of the Wind by Patrick Rothfuss (fantasy)

Many fantasy novels are about journeys. But this one is among the few about an actual nomad. Kvothe was born and raised among a group of traveling bards, so he never fits in just one place. Kinda like a military brat.

This book is also an epic fantasy novel, so of course I enjoyed it!

The Book Thief by Markus Zusak (YA historical fiction)

This book made me cry. Later, I teared up while watching the film, not when certain characters died, but when Papa had to leave. As a military child, I know how rough it can be when a parent is deployed and not knowing whether or not they’ll come back home safely.

There you have it! I hope you enjoy the recommendations.

Let’s chat! Have any of these books made it to your To-Be-Read List yet? Have you read any of them? My fellow military brats, what books could you relate with? To all the readers, what’s the last book a friend gave you that helped you understand them better?