Today I am celebrating my 200th blog post! *throws confetti* *inhales confetti* *coughs up confetti* Maybe I should imagine throwing something else…

Anyway, I’d like to thank my readers once again for your support, and because my blogiversary giveaway got way more attention than I’d expected, I’m here to share another giveaway with you! International entries welcome.*

This time, however, I’d like to feature some indie authors, specifically the Phoenix Fiction Writers. They’re a group of speculative fiction authors who write short stories to novels that cover fairy tale retellings to original works. Though I haven’t read all of their stories yet (slow down, guys!), I have enjoyed the ones I’ve read so far.

*Print entries only available in the US. International entries are welcome for e-books only. Some books may have restrictions for certain countries. If the book of your choice is not available in your country, you may have to select a substitute. 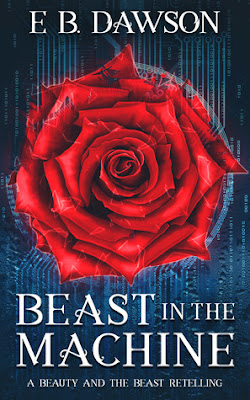 Beast in the Machine by E. B. Dawson

A sci-fi retelling of Beauty and the Beast.

There are only two reasons people move to Ilford: to study at the renowned scientific research center, or to escape society. Dr. Richter intends to further his research. But his daughter Isabelle finds there is a strange enmity between the scientists and the villagers, and it has something to do with the reclusive man who hired her, Dr. Sebastian Prince.

I haven’t actually read this one yet, but what a stunning cover! I’m a huge fan of sci-fi, so that’s a plus. 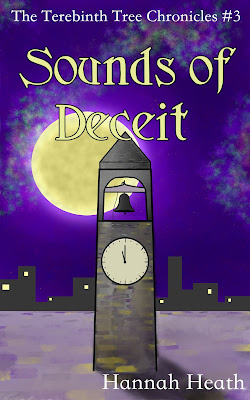 “Sounds of Deceit” by Hannah Heath

One sorcerer. Four assassins. Uncover the stories of the warriors who will one day band together to kill the most powerful being in their world.

Death and destruction. Those are the consequences of being a magician under Elgar's rule. Ailith once thought that she could be the exception, but now she sees that her skillset only brings about pain, even upon those she intends to protect. Convinced that there is only one solution, Ailith buries herself in obscurity and turns her back on the warrior life.

It is a simple decision at first, but one that grows more and more complicated as Elgar, a tyrannical sorcerer, continues his reign of death and injustice. When Ailith is offered an opportunity to fight against Elgar once again, she must decide: Will she continue to live in fear of her powers? Or will she embrace them, no matter the consequences? 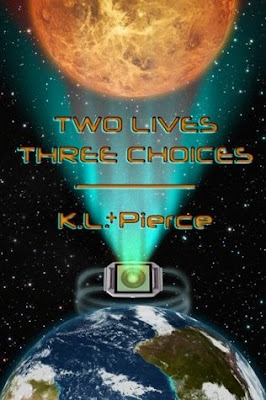 When two new students arrive at Krysta’s school, she quickly discovers she must: choose her friends. Seeing one of the new students sitting alone, Krysta must decide whether she’s willing to risk a friendship she already has for someone she hardly knows. That choice causes Krysta to have visions, revealing that the new arrivals are more than they seem. Choose her side. The new students, Alec and Dion, are more than rivals. They are bitter enemies involved in the war that Krysta is suddenly thrust in the middle of. Unable to run, she must now choose where her loyalties lie. Choose whether she’s willing to die for those she loves. Because when a friend is in danger, Krysta knows she can save them. But saving her friend’s life could cost Krysta her own. Those three choices will define the life Krysta leads… and the one that she leaves behind.

More sci-fi! Aside from her short story, I haven’t read much of Pierce’s work yet, but I’m curious to see how her full-length novel plays out. 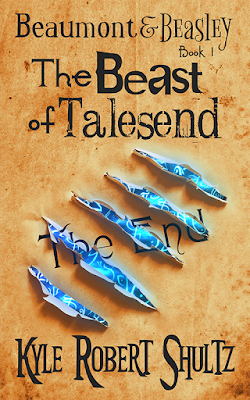 The Beast of Talesend by Kyle Robert Shultz (Signed copy!)

Fairy tales aren’t real. Private detective Nick Beasley knows that. This is 1922 E.A. (Ever After), an age of big cities, automobiles, and airships. Nobody in the Afterlands believes in magic and monsters anymore. Especially not Nick, who’s made a name for himself in the city of Talesend by debunking fraudulent “magical” phenomena.

But when a misadventure with alleged enchantress Lady Cordelia Beaumont goes awry, leaving Nick with claws, a tail, and quite a lot of fur, he begins to rethink his stance on magic.

There’s only one way for Nick to regain his humanity. He and Cordelia will have to retrieve a powerful magical artifact from a ruthless crime lord—who happens to be Cordelia’s father. Otherwise, Nick won’t be the only monster roaming through Talesend.

The fate of the Afterlands lies in the hands of a renegade enchantress and an extremely hairy detective. What could possibly go wrong?

Typically, I’m not a huge fan of fairy tale retellings because I find them uber predictable, but there are a few stellar ones for which I’m willing to make exceptions. The Beast of Talesend is one of them (see book review). I started the series last year, and I’m eagerly awaiting book 4. 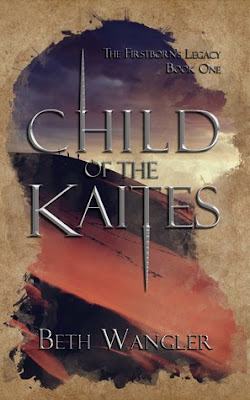 Child of the Kaites by Beth Wangler

Desert fantasy retelling of the story of Moses, with magic swords, homicidal storms, and griffins.

The kaites are spiritual beings who can dwell in rocks, plants, and water.

They saved baby Rai from the watery death faced by her people. They raised her in the blessed region. They told her she would be the Leader of a Revolt.

She was going to free her people from slavery.

At least, that's what Rai used to believe. Then she grew up.

Living as an exile under an assumed identity, Rai can't lead a conversation, let alone a slave revolt. Her role in life is to be an historian. She will lead her people by reminding them of who they are, nothing more.

Yet the Izyphorn empire's evils continue. Her people are still enslaved. Babies are dying every day.

Someone needs to do something.

Reunions with childhood friends and encounters with an enigmatic stranger force Rai to reexamine what her purpose is. Is she called to be a humble historian or a mighty warrior...

Or are those the same thing?

Did somebody say griffins? I have yet to read this one, but it sounds incredible. I have read a couple of Wangler’s short stories, and I enjoy her writing style! 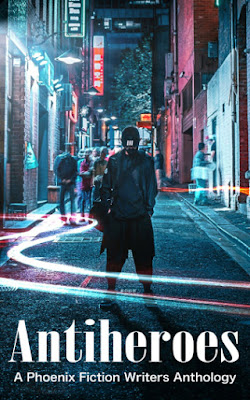 This collection turned out to be a delightful read. A collection of sci-fi and fantasy short stories by each of the Phoenix Fiction Writers. 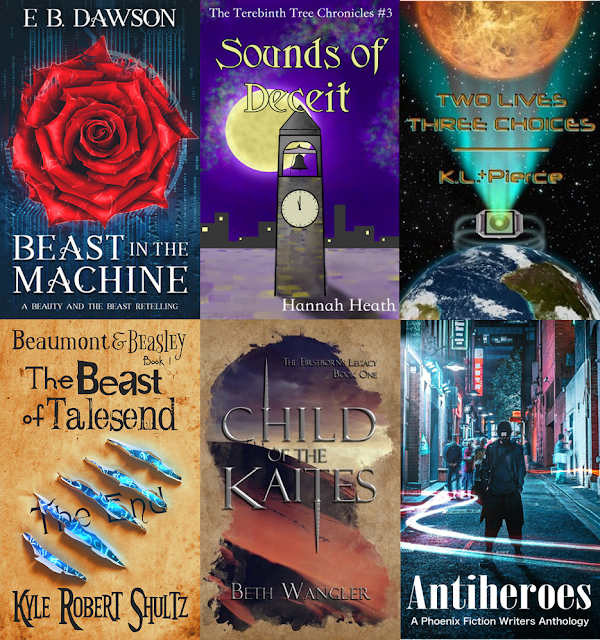 Let’s chat! Which Phoenix Fiction book are you most interested in reading? Have you read any of them before? What’s your take on fairy tale retellings? Do you prefer sci-fi or fantasy? How about both?

Similar posts: Confessions of a Bookworm Tag, Book Review: Antiheroes, Book Review: The Beast of Talesend, and Short Story Review: “Skies of Dripping Gold”
Posted by Azelyn Klein at 10:00 AM