Plot twists are funny creatures. On one hand, I enjoy putting together all the puzzle pieces and figuring out what’s going to happen before it does. On the other hand, I don’t. Honestly, I don’t fully understand why. Maybe there’s something appealing about an author who could outsmart me. Or a story that is strikingly original.

Whatever the reason, I love a good plot twist that hits me like a bus. Not an “oh, that’s cute” twist but one that makes me want to scream, “WAIT, WHAT!?!?!” Unfortunately, they’re not very common, especially after you start reading widely enough that you can see the patterns before they’re complete. Which is what makes a good plot twist, especially one that was hinted at throughout the story, all the more enjoyable.

The following books contain plot twists that surprised me. Not all readers may share the same sentiments. I’ve done my best to keep this post spoiler-free. 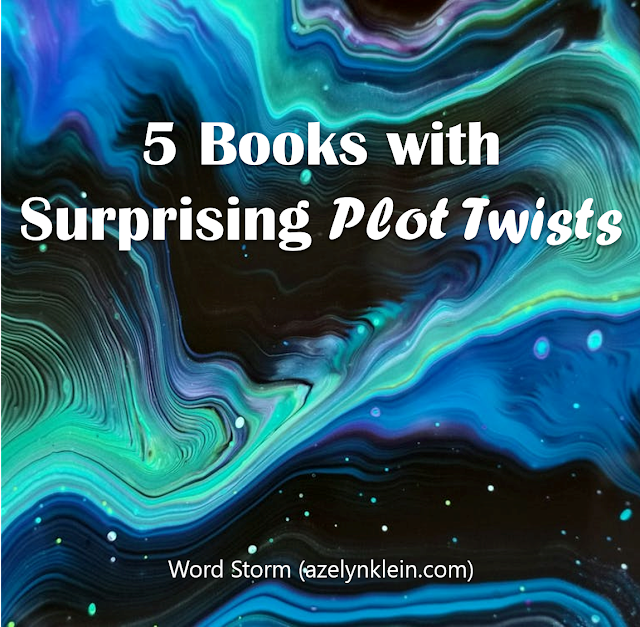 This story is set on an island and written in letter format about the letters of the alphabet and how they influence a particular society. Although the blurb claims Ella as the main character, the book is actually told from several perspectives, and it works quite well. The way the climax wrapped up was both surprising yet incredibly satisfying.

You think you know how superhero stories go, do you? Actually, you probably do. The Renegades trilogy plays with some of the usual tropes of good vs. evil while the lines between the two are blurred. Meyer threw in in some unusual powers, but overall, I found the books to be rather predictable. Until I hit the epilogue at the end of book three. I’m still reeling. I need a sequel or a novella or something! Please!!! 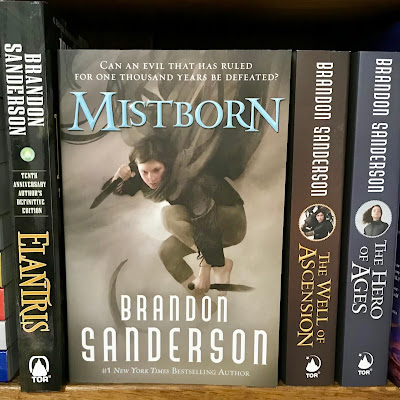 When the series was rebranded for YA, the book was renamed Mistborn. Honestly, I like the original better.

Most every Sanderson book has surprised me in one way or another. This one surprised me in a plot-related way that I didn’t quite expect. In other words, I’ve read so many trilogies with the big bad villain, that I just knew how this story was going to play out. Right? Wrong. Absolutely delightful. Not to mention his latest book in the sequel series (Bands of Mourning) changed everything I thought I knew about The Final Empire. Six books later, and Sanderson is still surprising me! 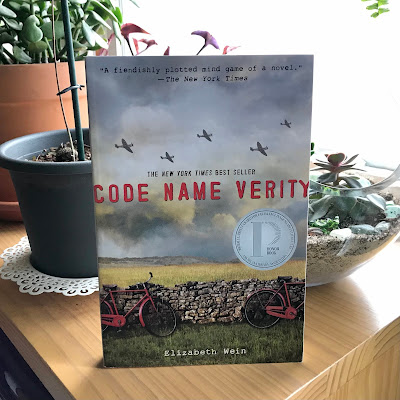 Two women—a spy and a pilot—embark on a mission in Nazi-occupied France. Not only is the writing style engaging, but one of the plot twists I didn’t see coming until the moment it happened, which is uncommon for a first-person novel. To make it even better, it’s first person told by two different women, and I never had difficulty telling them apart. There’s just so much to enjoy about this book, although it did rip my heart out.

Made You Up by Francesca Zappia

This book. Zappia has such a way of writing neurodiverse characters that I really appreciate her contemporaries. This one in particular had a twist near the end that I didn’t expect. I’ve read other reviews where other readers were apparently smarter than I was at the time of reading and could see the twist coming. Whatever the case, the reader in me is still very pleased with the execution.

So there you have it! Sure, there are other books that have surprised me, but some of them I don’t remember well enough to talk about or the twist felt too contrived to mention.

Let’s chat! What are some books with plot twists that surprised you? Have you read any of these! (Please, if you can, keep the comments spoiler free!)

Similar posts: 6 Young Adult Novels that Changed My Perspective, 7 Sci-Fi/Fantasy Book-to-Movie Adaptations I Enjoy, and 7 of my Go-To Authors