My brother is an avid history buff. While I may not share his enthusiasm for all things history, especially when it delves into the politics of the past, *gags* I do enjoy historical fiction. I’ve already written a post about this genre, and my opinions have only slightly changed, so I’d like to jump into a blend of genres—historical fantasy.

Historical fiction can be a fun genre. Fantasy can also be great. But what about when you have historical fantasy! Prepare for historically inaccurate magic, everybody. Or maybe it’s real… 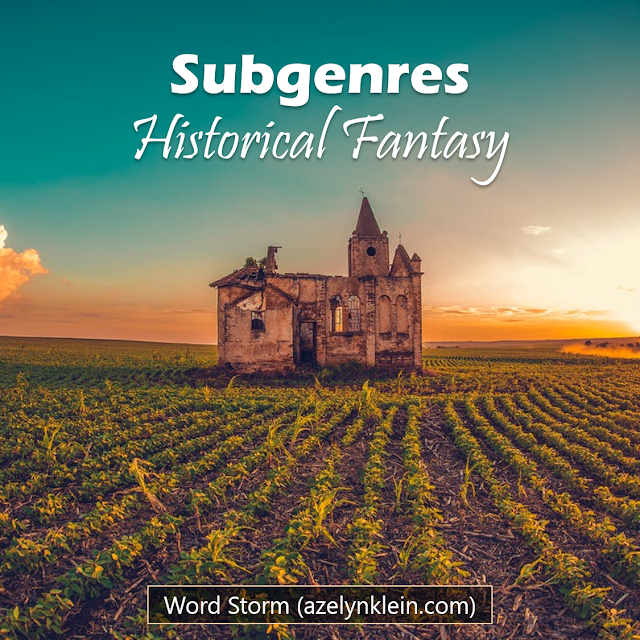 Historical fantasy: a subgenre of fantasy that takes place in the real world in the past. The character(s) may be involved in historical events, meet historical figures, or experience historical settings. Magic is an element that puts a twist on events that we may be familiar with.

In historical fiction, writers might get flack if they didn’t get that one date right. Or maybe that character was supposed to be blonde. Hold up. What is this, a movie adaptation? *checks notes* Nope. It’s about books. Okay, moving on.

Historical fantasy is designed to be inaccurate. Or maybe a more appropriate word would be unexpected.

One thing I enjoy about fantasy is the suspension of disbelief. Historical fantasy is one of those fantasy sub-genres that pushes that boundary of disbelief. It puts characters real or made up and puts them in situations that actually happened, then asks the readers to bear with them while it throws in a touch of magic, in a similar manner to magical realism, where it’s hard to tell what’s real and what’s not.

A great example of book that suspends disbelief is Megan Banne’s The Bird and the Blade. Though it leans more toward the historical than the fantastical, there are fantastical elements that may leave the audience wondering, “Hey, wait a second… Did I read that right?”

Many of us have heard about the Battle of Waterloo, and if you’ve happened to read Les Miserables (not fantasy), you’ve probably read more than you wanted to know about it. But, have you heard about time during the Battle of Waterloo where the magician broke his moral code to create zombie soldiers? Okay, when I put it that way, it sounds weird, but I suppose weird applies to the entirety of Jonathan Strange & Mr Norrell (Susanna Clarke).

Another example that includes historical figures is Dante’s Inferno. In the epic, Dante goes on to meet long-dead poets like Virgil, Homer, and Ovid. It’s a common characteristic in classical fantasy where the main character meets with a historical figure or somebody of prominence, who would now be considered historical. Though those don’t quite qualify as historical fantasy. 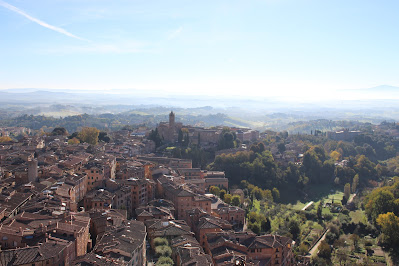 Not going to lie, this is one of my favorites because a lot of these places, you can actually visit!

One of my favorite examples is The River of Time series by Lisa Tawn Bergren. Why stop at a fictional visit to Italy when you can time travel to medieval Italy and fight with a broadsword or a bow. I really want to take up broadsword fighting now. Thanks a lot. After reading these books, my sister and I visited Siena, one of the cities where the story takes place, and Firenze (Florence).

It’s been a while since I’ve read the stories, though. Perhaps it’s time for a reread… 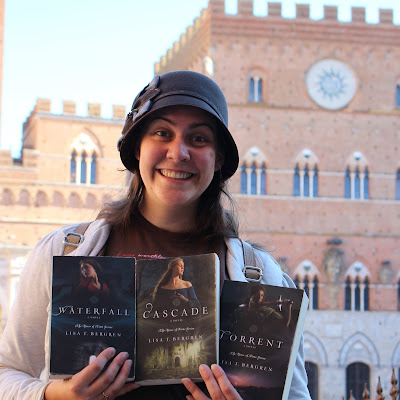 There you have it! Just a few characteristics of historical fantasy and some recommendations.

Let’s chat! Do you enjoy historical fantasy? Have you read any of the books listed? Any that I missed?